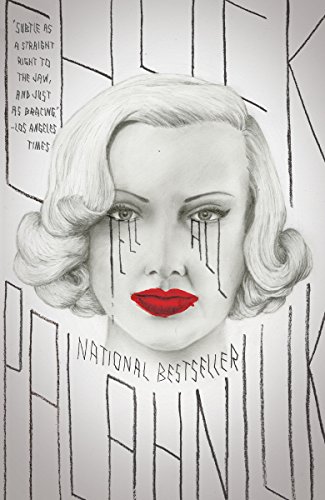 To define Hazie Coogan’s relationship with legendary actress Katherine Kenton is no easy task. She is more than a personal assistant, companion, housemaid, or even number-one fan. As Hazie explains, “Miss Kathie has become the paragon I’ve designed,” and later on she admits that “My job title: Pygmalion.” But perhaps Hazie’s most important role is that of self-designated guardian of Katherine Kenton from the likes of Webster Carlton Westward III.

Tell-All is essentially about Hazie’s task of protecting “her Miss Kathie” from herself and from the handsome and adoring Webster who is many years Katherine’s junior. Hazie sees Webster, or as she refers to him—“the Webster specimen”—as a threat to her delicate charge.

Hazie has reason to worry. Katherine Kenton is the violet-eyed, multi-wedded actress who has relied on her now-fading beauty more than her brains (“Voilà . . . That’s Italian for prego.”). Age and obscurity are in Katherine’s future, but Hazie’s mission is to make sure that the woman she has helped create and nurture, the woman who has played such virtuous female leads such as found in Rebecca of Sunnybrook Farm and historical women from Mary Queen of Scots to even Harriet Tubman is not reduced to a sordid memory in some lurid tell-all “bile-ography” penned by murderous a love rat. Therein lies the kernel of this unique mystery novel.

One message the reader can take from Tell-All is that no one is safe when it comes to how history will be recorded. This explains a running gag throughout the novel about why all the famous names mentioned in this book wish to outlive Lillian Hellman rather than become a minor footnote in her revised history of the world. You can’t libel the dead, and memories, like people, can be fickle. What may have been considered hard fact can be obscured, rewritten and become a controversy or a cover-up depending on which camp you choose to inhabit.

From Albert Einstein to ZaSu Pitts and everyone in between, the reader will see cameos of celebrities, actors, and actresses. Many of these names still carry legendary status today while some will have to be looked up in an encyclopedia—make that Wikipedia—many of these celluloid stars have disintegrated from view along with their work, overshadowed by those who came later.

Chuck Palahniuk stirs up images of a bygone era of society and Hollywood in this novel. The amount of detail that goes into the way Hazie recounts her daily tasks such as the archaic and masochistic beauty regimen she performs to make sure Katherine ages gracefully is as evocative as the tools used to achieve it. Brand names like L’Air du Temps, Helena Rubenstein, and Lucky Strike that were once en vogue but today conjure up images people may associate with their parents, grandparents, or even great-grandparents are just as reminiscent.

The author has created some zinging bon mots. Attributing them to various gossip columnists of the age like Walter Winchell, Hedda Hopper, and Louella Parsons, they are laugh-out-loud funny. Examples such as “was-band,” “graveside groom,” and “implying gilt” are perhaps some of the more apt terms used when describing Katherine Kenyon’s life.

There are touches of Sunset Boulevard and All About Eve in a plotline that is positively Machiavellian. The whims of celebrity from Hollywood’s golden age that can still be recognized today are also parodied such as auditioning potential children to adopt—as long as they match the new paint and trim of their would-be nursery. Dialogue is sometimes depicted as various animal noises to connote a zoo-like atmosphere that is the world of celebrity.

Tell-All is a relatively short book, but it takes ages for any real action to happen, and when it does, it becomes easier to turn the pages. Between all the stage direction and name dropping, the first half of the novel is like an episodic haze of flashbacks and invisible transitions between the “real world” of Hazie Coogan and what is happening on whatever television she is watching at the moment or whichever screenplay she is reading. In many ways, Hazie personifies her name in that she can obscure, but the solid reality is just beneath the surface.

Tell-All contains no chapters but is divided into three acts that are subdivided into scenes. This treatment (pun intended) is clever considering the theme and the players in the book, yet it can get tiresome, especially so if the reader can’t follow the jargon and doesn’t know their montage from their mise-en-scène.

Although humorous, it is a brooding, cynical humor that may be too dark for readers expecting this to be a cozy mystery. Tell-All will leave the reader in the mood for a good, classic movie, but they will never again look at any tell-all book the same way.