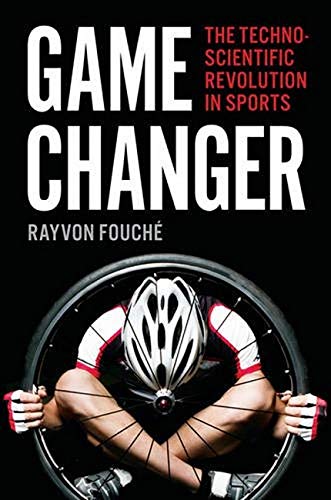 “the meaning of sports has been changed by technoscience, and in the next century, change is likely to accelerate.”

In competitive sports, even if you are competing against yourself, there is a neverending quest to improve and, in some cases, an obsessive search for the winning edge. Training, practice, and performance-enhancing substances have been some of the common ways for competitors to get the edge or achieve their personal best. From wine and caffeine in the early 20th century to steroids and blood doping in the early 21st century, competitors have shown they will try nearly anything to win.

Although drugs represent the most common form of performance enhancement and the one most familiar to contemporary sports fans, there are a range of other technologies that impact sports performance. In doing so these techniques and devices alter the fundamental relationship between the athlete and the sport, and indeed impact the very meaning of the concept of sporting achievement and competition. This is the area that Rayvon Fouche examines in considerable detail in Game Changer.

One of the basic tenets of sports performance is that it is primarily a human activity and the achievements in sport are a product of human effort, skill, and training. The human body is seen as the main actor in sport. Heroic and record setting performances are regarded as human achievements. Among the questions raised by Fouche is just how true this assumption is, and how much it has been altered by technoscience.

Fouche analyzes the impact of technoscience in many different areas, some of which are fairly obvious and some less so. Most sports are played with some kind of equipment. It is fairly well known that changes in equipment can have some level of impact on performance. The difference between the old wooden tennis rackets and the new larger composite rackets have impacted performance on the court, for both the weekend hacker and the professional.

Perhaps the sport that has been affected most dramatically by technocience is swimming. Swimsuit design and fabric choice have been revolutionary in their impact on swimming records. This is also one of those areas where governing bodies have found the regulation of equipment most challenging. It also illustrates the reluctance of some governing bodies to insert themselves into the discussion of what constitutes “fair” or “unfair” in sports.

Fouche meticulously examines the role of technoscience as seen in the cases of two South African athletes. The first case is that of Oscar Pistorius who earned considerable notoriety as a sprinter in the 2004 Paralympic events running on his distinctive prostheses. When Pistorius decided to compete against able-bodied athletes, an interesting debate ensued over the “competitive advantages” the prostheses gave Pistorius.

Fouche presents a full explication of the issues and arguments surrounding the Pistorius case, not only the importance of technology and science in his equipment, but also the “scientific” studies conducted in examining the effects of the equipment. Commenting on the role of the International Association of Athletics Federation, the IAAF, the governing body of athletics, Fouche argues that it is in a difficult position. Charged with making objective judgements on what is subjective cultural material, governing bodies are often caught in a no-win situation.

Even more complex is the case of Caster Semenya, involving as it does the definitions of sex and gender. Olympic authorities find themselves in the business of setting definitions and developing testing regimes to determine the sex of an athlete. It turns out that scientists have been unable to offer a clean cut set of definitions or tests and this case illustrates how ill equipped sporting organizations are for this task.

The highest profile PED case Fouche examines is that of Lance Armstrong. Fouche calls Armstrong “Cancer Jesus” and uses this case to demonstrate the power of celebrity over reality and the ease with which testing can be beaten. Armstrong passed over 500 drug tests. In the end it was the testimony of his ex-teammates, not drug testing, that proved his undoing. Fouche concludes, among other things, that the public faith in testing of all sorts is misplaced and unreliable.

In addition to these particular cases, Fouche raises multiple questions about the relationship between sports and technoscience, many of which the average student or participant in sport will not have previously considered.

Game Changer is not an easy read. The analysis and arguments are delivered in all of their complexity. The use of technical language and academic jargon will put off many non-specialists, but if you have the patience to slog through those passages, you will be rewarded. This is an important and thought provoking book and sheds light on the past, while anticipating the future technological leaps that will further blur the line between the athlete and the performance.

In the past century, the meaning of sports has been changed by technoscience, and in the next century, change is likely to accelerate. Game Changer may help prepare the world of sports for this revolution.