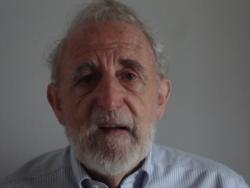 Richard Crepeau is Professor Emeritus of History at the University of Central Florida where he taught courses in Sport History and 20th Century American History. He has written extensively in Sport History including books on Major League Baseball and the National Football League. He has written articles in academic publications and newspapers, and has been writing a column for the Sport Literature Association for 25 years which now also appears in the Huffington Post.

His university teaching career beyond the University of Central Florida include assignments in Russia and England, and as a Fulbright Senior Specialist in several Russian universities.

Reel Baseball: Essays and Interviews on the National Pastime, Hollywood and American Culture

Bingo!: Forty Years in the NBA

“Winterland is a rich and powerful novel in which Rae Meadows displays her talents and her subtilty as she captures the essence of sport, the power of ambition, and the menacing ha

The Book of Joe: Trying Not to Suck at Baseball and Life

“if you love baseball, this interesting book will serve to enhance that love.”

The Grandest Stage: A History of the World Series

First played in 1903, then missing a year in 1904, the World Series was held continuously for 90 years until 1994 when the Fall Classic was cancelled by a strike.

First published in 1998, this excellent book on the growth of basketball as an international game is now being presented as a 20th anniversary edition.

“Dick Gregory was one of a kind, the genuine article.”

Playing Through the Pain: Ken Caminiti and the Steroids Confession That Changed Baseball Forever

“a fascinating and compelling story of a tragic hero and the fields on which he lived and played.”

1972: The Series That Changed Hockey Forever

“a fascinating and well-written piece, capturing this moment in hockey history.

A Childhood: The Biography of a Place

“The power of the written word will never be made more clear.”

Playmakers: How the NFL Really Works (And Doesn't)

Playmakers: How the NFL Really Works (And Doesn’t) is Mike Florio’s highly informative, entertaining, and provocative examination of what makes the NFL work and why at times it doesn’t wor

Looking for the Good War: American Amnesia and the Violent Pursuit of Happiness

If you have ever wondered why many veterans of war find it difficult, if not impossible, to talk about their experiences, this book will help you understand.

“this small volume offers a fascinating and remarkable story of one man’s love of sport, devotion to a team, and how that saves his life.”

Game Misconduct: Hockey's Toxic Culture and How to Fix It

In the past few months, there has been a plethora of reports from all levels and categories of sports, revealing case after case of racism, sexism, sexual harassment, sexual violence, misogyny, hom

Chronicles from the Land of the Happiest People on Earth: A Novel

The Kaepernick Effect: Taking a Knee, Changing the World

The Master: The Long Run and Beautiful Game of Roger Federer

“If you are a lover of the game of tennis, admire Rodger Federer, or want to know more about him, The Master is the book for you. . . .

Sidecountry: Tales of Death and Life from the Back Roads of Sports

“Sidecountry is a treat and an education about multiple aspects and the fundamental allure of sport and the amazing story of the human struggle.”

“What is made clear in this latest collection of stories is that Murakami is a master storyteller.”

Dostoevsky in Love: An Intimate Life

“If you have read only smaller portions of Dostoevsky, Christofi’s account will send you off to look for more.

“a smorgasbord of baseball delights . . .”

“within these pages, there are passages that approach the sublime. There is pain, anguish, horror, and sadness, alongside passages of subtle human feelings conveyed without words.

Here We Are: A novel

“Graham Swift has a remarkable ability to slip back and forth in time, while identifying the many small incidents and markers that shape and reshape the lives of his characters.”

Journeys through the Russian Empire: The Photographic Legacy of Sergey Prokudin-Gorsky

“This is rich journey worth taking for anyone with an interest in Russia and Russian culture, and it matters not at all whether you have been to Russia or not.”

If you follow American politics with more than a cursory glance, and who doesn’t these days, it may strike you as odd that someone would try to write a novel of political satire set within and cent

Alan D. Gaff is, among other things, a prolific military historian with ten well-received books dealing with various military campaigns and subjects.

No Man's Land: The Trailblazing Women Who Ran Britain’s Most Extraordinary Military Hospital During World War I

“Wendy Moore’s skill as a writer delivers the story of these women and the history of the war with exceptional power, laying out a compelling combination of casual

Issei Baseball: The Story of the First Japanese American Ballplayers

“Robert Fitts has made another important contribution to Japanese American history and to the role of baseball in that story, as well as to the history of the United States.”

The Cactus League: A Novel

“Nemens is a skilled writer who captures the many dramas and nuances of spring training.”

The Age of Illusions: How America Squandered Its Cold War Victory

“lucid and very depressing assessment of the current state of what some Canadians term, the Excited States of America.” 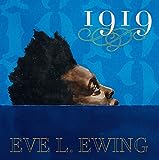 “Eve L. Ewing has achieved what the historian cannot. She has restored the blood and sweat to the historical record of a tragic moment in the history of the nation.”

The Power of Sports: Media and Spectacle in American Culture (Postmillennial Pop)

“Michael Serazio has done a remarkable analysis, and this book offers any student of American culture and sport much to contemplate.”

No Place I Would Rather Be: Roger Angell and a Life in Baseball Writing

“In 2014, Roger Angell was in Cooperstown at the Baseball Hall of Fame to receive the J. G.

“One can only imagine what the publication of Commander in Cheat will produce on the president’s Twitter feed.

“Little Boy will delight you again and again. It is rich and playful poetry disguised as a novel, and it is pure Ferlinghetti.”

House of Stone: A Novel

“a novel of considerable power that explores identity at the personal, social, and national level. It also has the elements of a mystery.

Breaking Barriers: A History of Integration in Professional Basketball

“In Breaking Barriers, Stark has taken on an important chapter in American Sport and in the history of desegregation in America.”

“should be treasured by baseball historians and students of international relations, as well as, anyone interested in baseball, Cuba, and American foreign policy.”

“this is a book that has much to commend it and little to criticize. It is built on meticulous research and a strong overall conception of the significance of the subject.”

“This is an engaging tale full of humor, pathos, and disgusting human behavior with important insights into contemporary problems.”

The Last Pass: Cousy, Russell, the Celtics, and What Matters in the End

“Pomerantz has created a fascinating and sympathetic portrait of a superstar athlete whose human sensitivities are on display and whose complexities are laid bare.”

The League: How Five Rivals Created the NFL and Launched a Sports Empire

“a very accomplished piece of sport history and a very good read for any fan of the game.”

Gods of Wood and Stone: A Novel

“Gods of Wood and Stone [is] a very strong novel and powerful critique of contemporary life and culture.”

With the publication of Chinua Achebe’s remarkable novel, Things Fall Apart, in 1958, the English speaking world was introduced to Nigerian literature.

The Pitcher and the Dictator: Satchel Paige's Unlikely Season in the Dominican Republic

Given the title, The Pitcher and the Dictator, it would seem that this is a book about Satchel Paige and the legendary short season that he played in the Dominican Republic while in the em 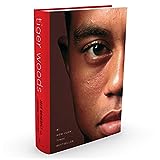 “If you have any interest in Tiger Woods, golf, or the culture of celebrity and heroism, this volume will be worth your while.”

This collection of short pieces by the British writer Martin Amis takes you into a wide range of his nonfiction work.

Fortress America: How We Embraced Fear and Abandoned Democracy

What are Americans afraid of?

Giants Among Men: How Robustelli, Huff, Gifford, and the Giants Made New York a Football Town and Changed the NFL

As is suggested in the subtitle of Giants Among Men, Jack Cavanaugh mounts an argument that the rise to prominence of the New York Football Giants between 1956 and 1963 produced two signif

Truth Doesn't Have a Side: My Alarming Discovery about the Danger of Contact Sports

Three of the most recognized letters in sport today are CTE, representing the brain disease, chronic traumatic encephalopathy. Dr.

Young Radicals: In the War for American Ideals

In the first two decades of the 20th century in the United States, the national mood changed radically from one of heady optimism to dissolution.

“the meaning of sports has been changed by technoscience, and in the next century, change is likely to accelerate.”

It has been 20 years since the publication of Arundhati Roy’s Booker Prize Winning first novel, The God of Small Things.

Hank Greenberg in 1938: Hatred and Home Runs in the Shadow of War

For Detroit Tigers fans and for baseball fans in general, Hank Greenberg is remembered as one of the greatest players in Tigers history.

One Nation Under Baseball: How the 1960s Collided with the National Pastime

For those who lived through the sixties, this account of some of the major events and people of the decade is certain to resonate.

Huck Out West: A Novel

“Coover’s Huck Out West stands alongside Twain’s original as a worthy companion to that of the master storyteller of the 19th century.”

Dance of the Jakaranda

“a compelling story conveying a powerful social and cultural critique along with a marvelous portrait of the beauties and wonders of Kenya . . .”

Dust Bowl Girls: The Inspiring Story of the Team That Barnstormed Its Way to Basketball Glory

Title IX of the Educational Amendments Act of 1972 transformed women’s sports in America and is now a familiar historical marker.

Fight for Old DC: George Preston Marshall, the Integration of the Washington Redskins, and the Rise of a New NFL

The current controversy over the name “Redskins” and the reputation of team owner Dan Snyder seem to be a natural legacy of the team founder and owner George Preston Marshall.