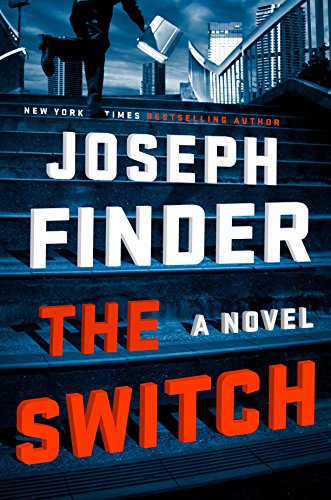 Michael Tanner is an ordinary man. An entrepreneur struggling to put his coffee company on the map, he is often on the road, negotiating with prospective customers such as hotel chains and restaurants to add his high-end coffee products to their menus.

While passing through security at L.A.X. on his way home to Boston after a very tiring business trip, he inadvertently picks up the wrong MacBook before boarding his flight. He doesn’t notice the mixup until after arriving home, and by then it’s too late. The laptop he took is password protected, but the owner rather carelessly left her password on a sticky note, and once he succeeds in gaining access he discovers it belongs to a United States senator. Glancing through the files while looking for contact information, he further discovers folders filled with classified documents that should never have been downloaded to the laptop to begin with.

When Senator Susan Robbins dispatches her chief of staff, Will Abbott, to exchange Tanner’s laptop for her own, he greets the task with a sense of urgency. After all, it was he who illegally copied the files and removed them from the SCIF, the Sensitive Compartmented Information Facility, on Senator Robbins’s behalf—a felony offense. Saving the senator’s hide means saving his own, as well, and if it means crossing the line to track down Tanner and retrieve the laptop, then all bets are off.

The Switch is bestselling author Joseph Finder’s 14th novel. Alternating point of view between Michael Tanner and Will Abbott, it offers an interesting contrast in characters.

Although separated from his wife because of his reluctance to have children, Tanner is a well-liked, outgoing individual with self-confidence, athleticism, and a million friends.

Will, on the other hand, is overweight, socially inept, and a family man with a small baby and an exhausted wife.

Tanner has an extraordinary sense of smell, which serves him well in his coffee roasting business and also enables him to walk into a house and immediately sense if something has changed since the last time he was there. Will, on the other hand, has only his desperation and willingness to hire professional killers to retrieve the laptop going for him.

Alternating the point of view in this way advances the plot and develops both sides of the laptop mixup, and it’s an effective technique until Tanner and Will cross paths as the action approaches its climax. That Finder continues to report from Will’s point of view in addition to Tanner’s after this milestone, however, slows down the action just when it should be racing ahead at breakneck speed as we turn the pages to see if Tanner will escape his predicament. Better if he had narrowed the perspective down to his main protagonist at this point in the story.

In terms of his subject matter, Finder chose to echo last year’s enduring news cycle featuring Hillary Clinton’s email and laptop difficulties, as well as the ongoing storyline of Edward Snowden, who copied and leaked classified docs from the National Security Agency without authorization.

While it would have seemed a compelling plot device while he was writing the manuscript, unfortunately for Finder it has been somewhat subsumed by the avalanche of jaw-dropping news developments that have followed since the election. While it holds our interest, it doesn’t quite pack the same punch it would have if Clinton had won the election.

In an age of “1-star” rants and “5-star” raves, where readers absolute hate an author’s new offering or declare it the best novel in the history of paper, it’s actually nice to find a book that you can put down when you’re finished and say that you liked it. A likable book. Not too big and not too small—just right.

The Switch is such a book. Tanner’s a good character, the coffee stuff is fun and interesting, the action and adventure keep you moving, and Finder writes with a smooth and easy style that’s effortless to read. In fact, The Switch would be a great book to read while you’re traveling. Just make sure you keep one eye on your laptop while you’re turning those pages.