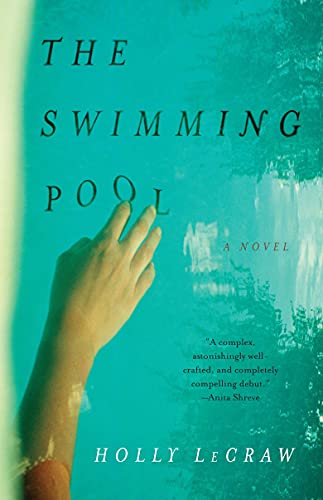 Italian immigrant Marcella Atkinson, mother to Toni, is happily married to Anthony . . . or so she thinks. When the family spends the summer at their Cape Cod cottage, Marcella is despondent after miscarrying another child. Attending a party at Cecil and Betsy McLatchey’s home, Marcella sets herself apart from the others, not wanting to socialize. When Cecil runs into her later, she is touched by his concern for her and before long they enter into an affair. Realizing her marriage is lacking something essential, Marcella falls head over heels in love with Cecil and often steals off to meet him at different hotels. After several months, Cecil feels guilty and breaks off their affair. Though heartbroken, Marcella accepts his decision rather than cause a scandal in their small summer community. The night Cecil ends their relationship, his wife Betsy is brutally murdered in her Atlanta home. The murder has never been solved, and though suspicion points to Cecil, he is killed in a car crash soon after Betsy’s death.

Seven years pass and Marcella has divorced Anthony and moved to Connecticut. Daughter Toni, now a college student, has gotten a summer job as a nanny for Cecil’s daughter, Callie, and is spending the summer in the Cape Cod home Cecil and Betsy owned. Jed McLatchey, Callie’s brother and closest confidant, takes a leave of absence from his job to spend the summer on the Cape with his emotionally fragile sister and her two children. He finds a bathing suit in his father’s closet and recognizes it immediately as the one once worn by Marcella, the older woman he had a crush on when he was nineteen. Deciding to confront her as to why her bathing suit would be in his father’s closet, he heads to Connecticut. Upon seeing her again, he realizes his crush has gotten much deeper.

Though Marcella is much older, she is vulnerable and lonely. She and Jed are completely drawn to each other and engage in a hot and heavy affair, even knowing a more permanent relationship would never work. Marcella informs Jed that Cecil had been with her the night Betsy was killed. Jed feels a weight lifted off him, for his suspicion of his father had lain heavy on his heart. He considers contacting the authorities to clear his dead father’s name, but doesn’t want to expose the truth of Cecil and Marcella’s affair. Meanwhile, he is besieged with guilt learning that Callie is suffering her owndemons. Luckily he is able to save his sister before it is too late.

Ms. LeCraw’s debut novel is riveting. The juxtaposition of human emotions  and familial dysfunction is well drawn, showing all its weaknesses.  The reader is drawn in on the first page with compelling suspense. Skeletons in closets are aptly disclosed showing no one is exempt from human frailties. Wonderfully depicted, this is an author to watch.

Reviewer Micki Peluso is a journalist for three major newspapers, a short story writer, and author of . . . And The Whippoorwill Sang, a humorous family memoir.