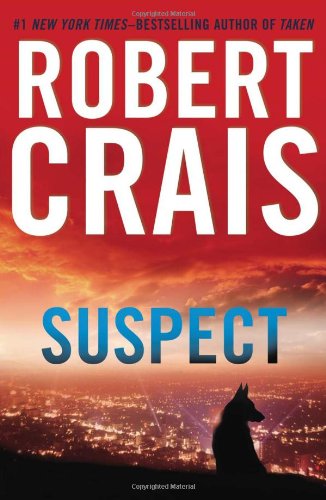 Suspect is a young adult mystery novel. Ellen, the mother of a young child has gone missing, and that young child is now seventeen-year-old Jen.

Thank goodness for the letters and gifts her mother sent her through the years after abandoning the family. It’s the only maternal link she has. But when those letters stop coming, Jen grows used to their absence and settles down into life with her father.

That is, until her grandmother gets the bright idea that those letters never came from Ellen in the first place. They were a ruse by the person who knows exactly what happened to her—her murderer. Grandma Kay owns the Shoenhaus, a Victorian Bed and Breakfast. She always holds an annual Mystery Weekend, and this year, she’s going to take full advantage of it by inviting all those who are likely suspects in Ellen’s disappearance or have a high probability of remembering a significant piece of information. If she can concoct just the right scenario, someone may remember a clue that leads right to the killer.

Jen’s life has reached a stage of normal—somewhat. She’s doesn’t want to believe she has romantic feelings for a cousin—who’s not a blood relative, but still! She’s trying to talk herself out of that. Now, Grandma Kay wants her to believe her mother didn’t just run off, but was murdered? It’s going to be harder still if such a killer—if he or she even exists—has been in their midst all along and beloved by one and all.

Suspect is a short book at under 230 pages, but not a page is wasted. The author draws the reader right into story and starts the action immediately. There’s no dry backstory here as background details are nicely woven into the body of the tale as it proceeds. Everyone is a suspect, even the grandmother, and the reader is drawn into looking for clues in each character’s actions and motives.

The story is sharp and lean; the writing is tight and focused. A significant subplot deals with the romantic vibes between Jen and Mark, her “uncousin,” as she calls him. They’re related by marriage, not by blood, but this is a rather edgy plot twist. Their relationship is developed as that of knowing one another as first cousins since they were babies. Some readers may feel there’s a bit of an “ick” factor here. It certainly makes an interesting topic for discussion.

Suspect is a quick and easy read that will satisfy lovers of mystery and suspense. The edgy romantic component will capture the imaginations of others who will certainly want to know, at the very least, how that particular snag plays out!