To Survive on This Shore: Photographs and Interviews with Transgender and Gender Non-Conforming Older Adults 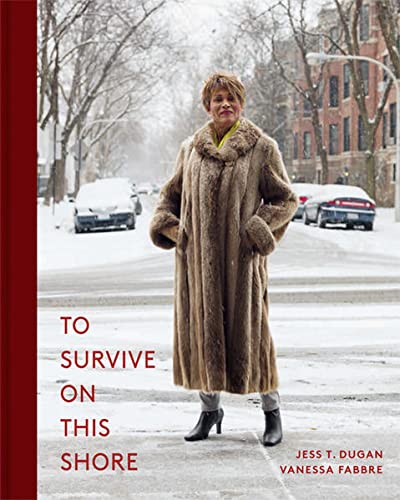 “To Survive on This Shore radically widens the range of visible trans experiences. Each adult who articulates their experience creates the possibility for another to imagine transition.”

To Survive on This Shore is a beautiful book and profoundly necessary as few books are. Consider how new real transgender visibility is. Though Christine Jorgensen made headlines as the “first” trans woman in America in 1952 following her gender confirmation surgery, she was followed largely by Ed Wood’s horrific Glen or Glenda, and by media portrayals of young, seductive trans women whose appeal was a villainous deception and whose deaths were therefore assured. Trans figures in film and literature were treated as grotesque and tragic.

Real trans visibility in popular culture is barely struggling into its second decade. Even now, discussion of trans experience focuses primarily on children seeking to transition and on the too-frequent murders of trans women, particularly those of color. From that perspective, trans lives are disruptive, tragic, and brief. Gender nonconformity (living outside the binary of male and female) is ignored except as a temporary state before “real” transition.

Dugan and Fabbre have produced a magnificent counter-narrative. Their book pairs thoughtful portraits with detailed statements by their subjects. Other than an interview at the book’s conclusion, the authors don’t insert themselves into the book. Each subject is precisely that: their own subject. They speak for themselves. Some articulate their identities clearly. Many speak of their pasts. Some have survived profound trauma. Others characterize themselves as “lucky”: free from violence, safe and loved.

Though the interviews are powerful, Jess T. Dugan’s pictures are the book’s real strength. Her photos are portraits framed by natural light. Most were taken in the subjects’ homes. The resulting intimacy creates an emotionally intense connection between the subject and the viewer. There’s no sense of difference or abjection, but neither are these glamour shots. All the people featured in the book are older (all the participants are older than 50; the eldest is 90), and they are aware of their bodies as only those who have found conflict with their bodies can be.

The book shows subjects from disparate economic backgrounds, and deliberately avoids the whitewashed approach common in LBGT media. In their interviews, many subjects articulate their ethnicities as carefully as their genders. This is part of the book’s power. Gender and ethnicity meet age: these are people who know exactly who they are.

That knowledge brings serenity and real joy. John, who lives in rural Arkansas, describes his life as “a scattered puzzle and suddenly the frame was there and everything fit and I understood the picture. I thought at that time that it was too late. . . . I was 350 pounds and my heart was failing. I’ve never heard of anyone my age losing a hundred pounds, much less two hundred. I had never heard of anybody my age transitioning.” He transitioned at 63. His portrait, taken six years later, shows a dedicated hiker at home in the back country. His face is relaxed, but happiness suffuses his entire body.

Unfortunately, individuals’ need to live authentically doesn’t guarantee acceptance. Barbara mourns the loss of her adult children, and her son particularly: “Nobody, and I mean nobody, accepted me at all. To this day. My middle son saw a picture of me as Barbara on Facebook and he was enraged. If he had a gun he’d have killed me for sure.” This grief counterbalances her comfort in her body; it also forecasts a fear that lurks for many older trans people. Elder care is socially conservative. Carers may be cruel or negligent. And a family that denies a transition may decide to erase that transition after death.

Many of the interviewees speak of their frustration at the absence of trans visibility in their youths. A few cite Christine Jorgensen as a critical beacon of hope, in spite of her widespread vilification. For transition to be possible, it first has to be imagined. To Survive on This Shore radically widens the range of visible trans experiences. Each adult who articulates their experience creates the possibility for another to imagine transition.

The authors are conscious of this potential. Dugan speaks, in the concluding interview, of her hope that “the book will be an effective vehicle for education and that it will land in places that are not necessarily art-related, like senior centers and libraries.” Remarkably, Dugan and Fabbre have created a book that may achieve that reach.