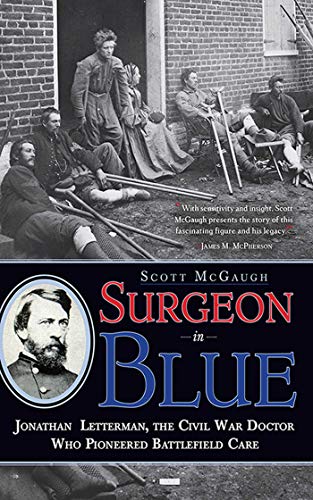 The notion that a war could be fought without casualties was shattered in the spring of 1861 before the first battle of Bull Run. As the opposing armies gathered in May and June of that year, thousands of soldiers suffered illness and death from disease contracted in their training camps.

Poor sanitation and living conditions caused tens of thousands of soldiers to sicken and died far from the battlefield. And later on battlefields the wounded would languish for lack of treatment.

Treatment was often denied for lack of medical supplies. Thousands of others would die from infection and dehydration. Medical personnel were caught unprepared for the challenge of treating the large numbers of sick and wounded.

As the war stumbled into its second year, many Union leaders, from Lincoln to his commanders, began to see the need for a new approach to treatment.

John Letterman was a doctor, an Army veteran of more than a decade serving on the frontier. Early in the war his organizational skills were recognized by battlefield commanders and Washington bureaucrats.

Author Scott McGaugh traces Dr. Letterman’s efforts as he almost singlehandedly reorganized the Unions battlefield medical service. He improved the method of transporting the wounded off the battlefield, so that in 1862 at Antietam the thousands of wounded were cleared from the battlefield within 24 hours. He also saw to it that medical supplies were on hand at battlefield treatment centers on a timely basis.

Mr. McGaugh nicely blends a narrative of the contributions made by Dr. Letterman with the various battles fought. Thus the reader sees how the medical delivery system improved as the four-year war moved from battle to battle. This book fills a neglected spot in our understanding of great advances in medical treatment during the Civil War.