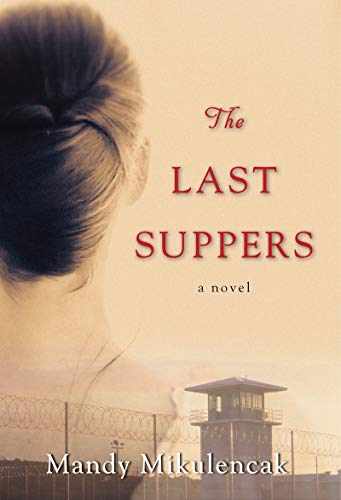 “a serious book, beautifully written, that explores the effect of ruinous family secrets.”

Ginny Polk leads a complicated life. A cook and baker in a Louisiana penitentiary, she finds her favorite part of the job is making sure death row inmates have their favorite meals as their last suppers. That involves debriefing them one on one, seeking out their relatives to figure out how to prepare those meals, buying the ingredients, and serving them dishes like Clabber Cake, pork neck stew, and even cornflakes and milk hours before their execution.

Everyone wonders why she bothers, even Ginny’s close co-worker Dot: “Most are headed straight to hell. Worrying about what they eat before they fry is a waste of all our time.”

Serving the last meals would be depressing for almost anyone but especially for Ginny who has a complex personal history with the prison. This novel takes place in the 1950s when Polk’s father Joe was the hot-tempered warden of Greenmount State Penitentiary. Her father is murdered when she is eight and, inexplicably, Ginny’s mother decides it would be a good idea for her daughter to witness the execution of her father’s killer, a man who screams his innocence right to his last breath.

You’d think this is the last place Ginny would want to work but flash forward some 15 years and now Ginny is the cook at that very same penitentiary. If that isn’t incestuous enough, Ginny is now also the live-in girlfriend of the new warden, her father’s best friend!

Can you say “Southern Gothic?”

Ginny’s paramour is Roscoe Simms, a very good man, reportedly a much better man than her father, as we see more and more as the story progresses. That he’s twice as old and could be her own daddy is something that Ginny’s annoying mom Miriam never lets her forget.

Simms allows Ginny to prepare these last suppers for the death row inmates, but he doesn’t like it. And the day comes when the ritual has dire consequences, not once but twice. Simms knows intuitively that the closer Ginny gets to Death Row, the greater the chance she’ll stumble upon the real story of her father’s death which, of course, she does.

The Last Suppers is a serious book, beautifully written, that explores the effect of ruinous family secrets. It’s about race, death and the lives we lead, sometimes against our better judgment. It’s no wonder that it’s the first book chosen for a new hardcover imprint from Kensington Books.

Author Mindy Mikulencak has done her share of research and it shows. The novel itself is a stew filled with touchstones of our past—like the Ku Klux Klan—that some would rather ignore. The Last Suppers is compelling and very very real.

And there is a bonus—recipes for some of those last suppers are included!