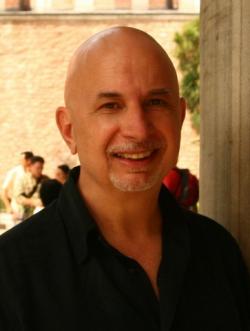 Paul LaRosa is a three-time Emmy Award winning journalist and a producer at the CBS News broadcast 48 Hours. He also was one of the producers on the acclaimed documentary 9/11 which was seen by 40 million viewers when it first aired on CBS six months after the collapse of the World Trade Center Towers.

A native of New York, Mr. LaRosa was formerly a reporter at The New York Daily News and has written for The Los Angeles Times, Newsday, the Huffington Post, and many other publications. He is also the author of four true crime books and a memoir: Leaving Story Avenue: My Journey from the Projects to the Front Page. He also writes a near-daily blog which can be found on his website.

Leaving Story Avenue: My journey from the projects to the front page

Death of a Dream (48 Hours Mystery)

Seven Days of Rage: The Deadly Crime Spree of the Craigslist Killer

What Happened to Paula: On the Death of an American Girl

One picks up What Happened to Paula? On the Death of an American Girl, expecting a true crime murder mystery. On the surface, it checks all the boxes.

What Sammy Knew: A Novel

When a writer decides to base his novel’s plot around a middle-class Jewish kid’s coming of age adventure on Long Island in 1970, it’s not a promising sign.

Reading a lot of memoirs, one can’t help but compare the ways different writers tackle their own pasts.

We Keep the Dead Close: A Murder at Harvard and a Half Century of Silence

This book by Nick Hornby is so “woke,” it’s as though the author is writing an opinion piece more than a novel.

Did you ever read a book where it’s obvious the author has no burning desire to write a book, where he puts down phrases in staccato bursts that are not really sentences or paragraphs or even prope

Philip Norman has tackled some interesting luminaries of the golden age of rock and roll.

“The Beatles’ legend only grows in stature every year until now it is one of the best-known stories in entertainment history. Anything that remotely touches them is gold.”

With everything going on in our world these days, chances are you’ve not thought much about the many difficult issues surrounding adoption.

And in the End: The Last Days of The Beatles

“The Beatles were not just a band but a magic act.”

“Karolina Waclawiak is no mere writer. She is a master of painting emotions with many different colors.”

Jane, the so-called “Pizza Girl” of this debut novel by Jean Kyoung Frazier, lives in her own head. She works at a takeout pizza joint, delivering pizzas to a regular crew of characters.

People never disappoint, at least in terms of how complicated their lives are and what they might reveal if we listen closely enough.

“Zigman is an excellent writer who knows how to keep all the balls in the air.

My Red Heaven is inspired by a painting of the same by Otto Fruendlich that is abstract and wonderful.

Do You Mind If I Cancel?: (Things That Still Annoy Me)

“Do You Mind If I Cancel is packed with funny lines, wistful memories, and the kinds of coming of age experiences we all have.

The Man Who Played with Fire: Stieg Larsson's Lost Files and the Hunt for an Assassin

How Not to Die Alone

“Against all odds, this is a feel-good novel.”

If you’re not familiar with Pete Holmes, he is a standup comedian who had a brief run as a late night talk show host and an HBO series called Crashing that was loosely (or not so loosely b

“White is a refreshing read because it’s just so full of rage.

Memories of the Future

“Readers can get really caught up in S. H.’s discovery of her young self.

Inheritance: A Memoir of Genealogy, Paternity, and Love

Imagine waking up one day and finding you're someone entirely different, your very essence changed overnight.

The Real Lolita: The Kidnapping of Sally Horner and the Novel That Scandalized the World

This is an odd hybrid of a book.

Being John Lennon: A Restless Life

“Connelly is too slow for his own good. The idea that he waited 38 years since Lennon’s murder to write this bio is astonishing. Talk about sitting on a story!”

“what saves this book is that the Mooch [Anthony Scaramucci] comes off as an attractive character. There actually is more to him—much more—than his brief tenure at the White House.

An Unexplained Death: The True Story of a Body at the Belvedere

“Anyone who enjoys true crime is liable to enjoy the story behind Brottman’s search and Rivera’s death.”

Help!: The Beatles, Duke Ellington, and the Magic of Collaboration

Author Thomas Brothers tries mightily in this dense but insightful book to tie his thesis together, namely that two of the biggest musical geniuses of the 20th Century—Duke Ellington and The Beatle

The Night in Question: A Novel

This novel has a nice setup. A driver, working for an Uber-like company, sees something she shouldn’t and later realizes what she sees could hold the key to solving a murder.

Matters of Vital Interest: A Forty-Year Friendship with Leonard Cohen

Matters of Vital Interest is not your typical pop star bio.

Somewhere in the middle of this revelatory and emotionally powerful memoir by Sally Field, she unpacks a story that is a case study in what Hollywood’s casting couch was like, even for an actress w

“Lisa Brennan-Jobs is a very good writer who has somehow managed to dredge up debilitating memories without feeling sorry for herself. It’s a compelling read.”

A Dark Night in Aurora: Inside James Holmes and the Colorado Mass Shootings

“a powerful book that delves deep into a seriously deranged mind.”

Number One Chinese Restaurant: A Novel

“as satisfying as a plate of General Tso’s chicken after a night of drinking.”

“If you care anything about journalism as it was practiced before the age of the Internet, it’s a must read.”

There is no question that Robin, the new biography by culture reporter David Itzkoff, is comprehensive and well researched, a tour de force about the life of comedian Robin Williams.

Visualizing The Beatles: A Complete Graphic History of the World’s Favorite Band

In one of the early chapters of this handsome book—as visual and colorful as a magical mystery tour—the authors have a double-page spread titled “Before the Beatles.” It details all the different b

Paul Simon: The Life is not an autobiography but it might as well be. Simon sat for more than 100 hours of interviews with respected writer Robert Hilburn and made it possible for Hilburn

Alternate Side: A Novel

Alternate Side by Anna Quindlen is a novel in miniature.

“a serious book, beautifully written, that explores the effect of ruinous family secrets.”

Paris in the Present Tense: A Novel

“Paris in the Present Tense deserves to be read and devoured. It is nearly a perfect contemporary novel.”

The Mudd Club was the Brigadoon of the late ’70s New York City music scene.

Montana and noir are not a natural fit, as the editors of this short story collection readily acknowledge in their introduction: “No doubt the state’s beauty will . . .

All the Dirty Parts

Cole is a high school boy, which means Cole thinks about sex—a lot.

Bed-Stuy Is Burning: A Novel

Novelists are not immune to what’s going on around them and clearly author Brian Platzer, who lives in the largely black and gentrifying Brooklyn neighborhood of Bedford-Stuyvesant, has drawn on hi

In Search of the Lost Chord: 1967 and the Hippie Idea

In case the nonstop celebration commemorating the 50th anniversary of The Beatles’ Sgt.

If you loved the television series Mad Men, hanker for a time when jewel thieves were referred to as “gentlemen,” and wish all business lunches revolved around three or more martinis, then

Allegedly by Tiffany D. Jackson is the story of Mary Addison who allegedly murdered a baby girl when she was only nine years old.

The Hollow Men: A Novel

The hero of this first-in-a-series novel by Rob McCarthy derives its title from a poem by T. S. Eliot.

The Most Dangerous Place on Earth: A Novel

The setting for this debut novel by Lindsey Lee Johnson is a high school in the over-privileged enclave of Mill Valley, California.

Mincemeat: The Education of an Italian Chef

Oh, to be Anthony Bordain!

The very idea of a high-gloss, pricey photo book about the Sex Pistols seems ludicrous on the face of it.

Generally, books about the Beatles can be divided into two groups, either the all-encompassing history of the band (Tune In by Mark Lewisohn is of course the best example but far from the

Paul Du Noyer has set himself up with this book because, honestly, what else is there to say about Paul McCartney?

The Dollhouse: A Novel

John Lennon vs. The U.S.A.: The Inside Story of the Most Bitterly Contested and Influential Deportation Case in United States History

As author Leon Wildes himself admits, this book has been a long time coming. John Lennon fought his immigration battle against “the USA” back in the early 1970s.

"Siracusa is an easy, engaging read that should find itself on many vacation reading lists."

Jane Doe January: My Twenty-Year Search for Truth and Justice

William Faulkner famously wrote, “The past is never dead.

Imagine being Moby, the musician who just happens to be an actual descendant of Herman Melville (which is where Moby gets his nickname, get it?), and you’re asked to write your memoirs without the

Writing an all-encompassing book about the life of Paul McCartney is akin to writing the definitive biography of Jesus Christ.

Long before Etan Patz disappeared on his way to school in SoHo, and long before parents suspected the worst might happen to their children at any moment, an 11-year-old boy was kidnapped and murder

“Bohman’s prose is the literary equivalent of an undertow.”

13 Ways of Looking at a Fat Girl

The woman at the center of Mona Awad’s novel 13 Ways of Looking at a Fat Girl has a problem, and because even the word is so loaded within the context of this book, one hesitates to call i

The couple at the heart of this novel—Rob Beauman and Ellie Larrabee—appear on the surface to have everything.

If timing were everything, this memoir would be No. 1 on all the bestseller lists, getting released the week of David Bowie’s unfortunate death and the release of his latest album.

The Unspeakable: And Other Subjects of Discussion

Boys in the Trees: A Memoir

It’s easy to think of Carly Simon—gorgeous, tall, and talented—as swanning through her charmed celebrity life.

The Kitchen is a trade paperback billed as a “reimagining” of the mob novel for a new generation. The question is which generation?

It’s 1978 and John Lennon has taken off from everyone and everything he knows to find peace in his soul and songs in his psyche.

St. Marks Is Dead: The Many Lives of America's Hippest Street