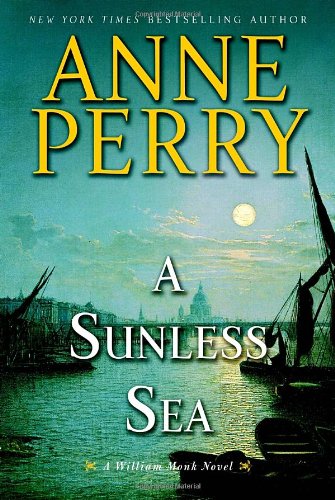 “Anne Perry puts the reader in the middle of London . . . tackling a terrifying subject with high style.”

The title is a reference to Kubla Khan the masterwork by Samuel Taylor Coleridge, who wrote it after awakening from an opium dream.

In Xanadu did Kubla Khan
A stately pleasure-dome decree:
Where Alph, the sacred river, ran
Through caverns measureless to man
Down to a sunless sea.

But first a short history lesson.

Monk is head of the River police, the force that patrols the mighty Thames, the main artery of trade for London. It’s a big job; it was estimated merchants were losing an estimated £500,000 (roughly six million dollars today) worth of stolen cargo annually before the police were instituted in 1798.

Part of that cargo was opium, which made some people in England very wealthy. The opium wars showed the British Empire (in the guise of British East India Company) a trade imbalance in favor of China and invested heavily in opium production to reset the balance. The Empire behaved shamelessly in doing this, an ugly chapter in history.

Opium was unregulated, legal, and available in many reputable shops. It was the only effective painkiller and was used on everything from teething babies to headaches.

The Pharmacy Act of 1868 would regulate the drug, not ban, merely regulate. For an establishment to sell, dispense, or compound drugs the seller had to be registered by the Pharmaceutical Society. More importantly, the amount of opium in every dose would be labeled, so the consumer could be assured of the same dose everywhere.

In a prime example of showing how little human nature changes, there are forces afoot to make sure The Pharmacy Act doesn’t pass, because there’s more money to be made from no regulations.

Back to our story.

On his river patrol, Monk finds the body of a woman, who has been horribly butchered. Let’s just say entrails are visible. Connections are discovered between the victim and Dr. Lambourn, a brilliant scientist who has been gathering information for the new pharmaceutical bill and who has recently committed suicide.

Are the two deaths coincidence?

Anne Perry uses water both as allegory and image. When barrister Oliver Rathbone feels overwhelmed or in doubts about his case, he images himself being pulled under water. The water closes over his head suffocating him. Addiction, Coleridge suggests, makes one feels the same monumental despair—a sunless sea.

Per usual, Anne Perry puts the reader in the middle of London, smelling the briny air, picking through the Limehouse neighborhood, tackling a terrifying subject with high style.