The Substitution Order: A novel 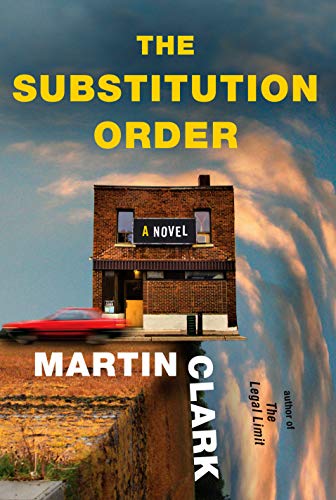 “The Substitution Order is a good legal thriller with enjoyable characters and a dilly of a situation faced by the main character. A better exposition of the plot, however, would have resulted in a much more effective story.”

Kevin Moore, a prominent Virginia lawyer, makes a serious mistake when he plunges into a summer of alcohol, cocaine, and adultery. It costs him his marriage and his right to practice law. In an effort to put his life back together, he moves to a small town in Patrick County and finds a job in a fast-food Subway knockoff called SUBstitution.

Although he hopes to get through probation unscathed, Kevin’s quiet life is shattered when a middle-aged man with dyed white hair shows up during one of Kevin’s shifts to offer him a chance to participate in a multi-million-dollar confidence scam. Should Kevin refuse, the man warns, the consequences will be dire.

Kevin declines the offer and is soon hit with trumped-up felony charges for meth distribution and possession of a firearm, along with a civil suit for malpractice from a former client who also seems to be connected to the confidence scheme. In the midst of it all, he suddenly experiences a life-threatening stroke. Can Kevin find a way through this ongoing nightmare that jeopardizes his life, his future, and his freedom?

The Substitution Order is Martin Clark’s fifth novel. A retired Virginia circuit court judge, his previous legal thrillers include The Many Aspects of Mobile Home Living (2000), Plain Heathen Mischief (2004), The Legal Limit (2008), and The Jezebel Remedy (2015).

Clark’s strength in this novel lies in his characters. Despite his past failings, Kevin Moore is a likeable protagonist, and we soon become emotionally invested in his quest for redemption. Secondary characters such as Blaine, the 20-year-old hacker who slings subs next to him, and Lilly Heath, the RN who assists Kevin in his recovery from the stroke, are also effectively drawn. Random miscellaneous locals who appear at various times would seem to be taken from the author’s personal experiences as a resident of real-life Patrick County, adding to the flavor of the story.

Not to mention the dog, Nelson, who’s smart as a whip, mischievous, and loyal as all get out.

Clark’s shortcomings in the novel lie in the exposition of his plot. As the charges against Kevin continue to mount, the threads begin to tangle in the reader’s mind. He deals with several attorneys, criminal and civil, each skeptical of his assertions of innocence, and details of the cases soon overlap.

Kevin writes apparently brilliant briefs for the lawyers, hoping one motion or the other will gain him some sort of advantage, but we soon become lost in the legal swamp. Clark and his protagonist may be comfortable in this world but most of us are not. The legal subtleties elude us, and Clark declines to spell them out. What’s obvious to a 27-year veteran of the bench might not be so obvious to the rest of us.

Clark also chooses to conceal Kevin’s true objectives and the specifics of his plan to find redemption. He uses Blaine, his ex-wife Ava, and one or two friends to put in motion some sort of last-ditch Plan B if everything else fails, but we’re forced to puzzle through these various machinations in a cloud of confusion until the big wind-up at the end.

While Clark’s intentions in this regard obviously were to generate suspense, the actual result irritates and frustrates. When a hero embarks on a quest to redeem himself, no matter how harrowing and fraught with difficulty the process might be, readers tend to want to travel along the road with him, suffering the defeats and savoring the little victories along the way as though this were a joint venture and not a secretive, elaborate plot from which we’re excluded until the big “reveal” at the end.

The Substitution Order is a good legal thriller with enjoyable characters and a dilly of a situation faced by the main character. A better exposition of the plot, however, would have resulted in a much more effective story.