The Submission: A Novel 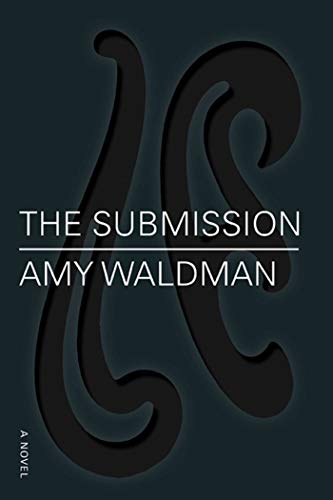 “The Submission is a brave novel. An unflinchingly honest novel. It is social reportage but also a piece of authentic art in its own right. It manages to be at once a highly discursive text, but at the same time one that is full of compassion and authentic conscience.”

Released a month shy of the 10-year anniversary of 9/11, Amy Waldman’s novel, The Submission—remarkably, her first—reimagines the post-apocalyptic years after the devastating, history redefining terrorist attack.

The Submission is a brave novel. An unflinchingly honest novel. It is social reportage but also a piece of authentic art in its own right. It manages to be at once a highly discursive text, but at the same time one that is full of compassion and authentic conscience.

The Submission begins close to Ground Zero. A jury has been commissioned to select the winner of a contest to design the memorial for the victims of the attack. The contest has been organized as a democratic, blind-submission process in which, as per the American credo, anyone can win, regardless of race, religion, or origins.

The jurors, after much fraught deliberation, settle on one design: an ornate, quartered garden, a place of peace and contemplation. Only when they open the envelope containing the anonymous winning designer’s name and discover that he is an American Muslim named Mohammad Khan, social, moral, political compasses immediately falter. The jury becomes divided. And when the story is leaked to the press, chaos ensues.

Grieving family members, politicians, story-hungry tabloids, legal firms, ad agencies, artists, art critics, Americans of all religions—all want their voices heard in the maelstrom. The initial concept becomes a pebble dropped into the pool of American society, and the ripples are felt throughout the land.

Though in the setting of the novel the World Trade Center has been destroyed for two years, the contentious issue of the designer of the memorial garden acts to divide the Babel tower of New York (and American) society into a place of competing voices, languages, symbols and silences. Words hang “in the air like a trail of smoke.”

Early reviews of The Submission have made the comparison with The Bonfire of the Vanities (and Waldman does name-check Wolfe’s work within the opening chapter), but perhaps a more relevant comparison is Salman Rushdie’s The Satanic Verses. This is for two reasons. First, because Rushdie’s own experiences after the publication share some ground with those of Mohammad’s, but secondly, and more importantly, because The Satanic Verses concerns itself with a symbolic moment in which language, and hence thought, and understanding, becomes confounded. This from the first chapter of The Satanic Verses:

“Above, behind, below them in the void [. . .] mingling with the remnant of the plane, equally fragmented, equally absurd, there floated the debris of the soul, broken memories, sloughed-off selves, severed mother-tongues, violated privacies, untranslated jokes, extinguished futures, lost loves, the forgotten meaning of hollow, booming words, land, belonging, home.”

In The Submission, there are a number of words that are “coded” within the text; Ms. Waldman cleverly drawing attention to the way language is used in order to distort, distract, distinguish. She plays with multiple meanings, and interpretations in a number of subtle ways. The first, most obvious example of this ambiguity is the title itself. Now, of course, The Submission, at face value, refers to the submission of the design itself into the memorial contest.

But it can also refer to Islam itself, which, in a religious context means “voluntary submission to God.” As well, it can refer to the “ultimate submission to God” which is martyrdom—which, at the end of the spectrum of religious delusion, could refer to the suicide bombers themselves. Or else it could mean almost any of the characters, who, at various times in the novel, must submit to the will of society in order that they are seen to be doing the right thing.

In the beginning, we have “a piece of history, but its meaning as yet unassigned. Before it hardened and came to seem as if it had never been otherwise, history was liquid, unfixed.” But, “a garden’s just a garden until you decide to plant suspicion there.” And so, facts are “made” and “once made, alive, defying anyone to tell them from truth.” Only, the many of the sides of this argument read the facts according to their own agendas, according to their own truths and moral compasses.

At the start of the novel, Claire prides herself on being able to see “both sides,” but when everyone has their own interpretation of bravery and betrayal, honor and memory, protection and responsibility, tolerance and security, Rushdie’s booming words “land, belonging, home,” healing and rights and righteousness, who is to judge what is the right and just path? After all, if everyone’s right, “how’s that supposed to work?” as one character asks, and “there’s no right and wrong (. . .) just different feelings.” Later, Claire says: “It’s almost like we fight over what we can’t settle in real life through these symbols. They’re our nation’s afterlife.”

Claire is one of the main supporters of Khan’s anonymous design within the jury at the beginning of the novel, and, despite the fact that her husband was killed in 9/11, she still strives to cling on to her liberal principles. “They’d all lost, of course—lost the sense that their nation was invulnerable; lost their city’s most recognizable icons; maybe lost friends or acquaintances. But only she had lost her husband.”

Her husband Cal was a dedicated patron of the arts and a keen philanthropist and she feels keenly that the garden design reflects how she wants to remember him. But even she finds that she is being changed by events as they unfold, as the ripples spread. “She had been shaped, was being shaped, not only by those she met on her journey but also how she lost them.” She starts to lose her faith. Starts to doubt. Specifically, she starts to doubt Mohammed, the designer.

Mohammed too finds that he has become “like a foolish hand puppet behind which gargantuan shadows wrestled.” Mo is not an entirely sympathetic character, but that is, of course, how it should be. He’s overtly ambitious, his work life overshadows the personal, he’s sometimes selfish, but always brilliantly psychologically realized by Ms. Waldman. Determined to hang on to one of the key tenets of American society, that one is innocent until proven guilty. “. . . he refused to prove his innocence. He knew this position was right, but it was like keeping his arms in stocks with no padlock. His muscles ached.”

But as the vultures of the media, special interest groups, and even members of the jury circle urge him to withdraw his submission, he’s forced to move out of his apartment. He finds his life “compressed to the suitcase, laptop, air mattress—the trinity less of a man hunted than of one being slowly erased.” An American Muslim, he starts to suffer the migrant, often illegal existence some of his detractors have suspected him of living in the first place because of his names, origins, and nominal religious status.

Among his final heart-ending submissions to the will and expectation of society is the moment he shaves off his beard. “When he finished, his countenance looked younger, wan, weak, just as his shorn head looked smaller, boyish. He was humbling himself, maybe only to rob others of the chance to do so.”

Sean Gallagher is another brilliantly nuanced character, despite the fact his prime purpose in life appears to be that he can “yell” on behalf of the families. Sean’s brother Patrick was another who perished in the attacks, a heroic firefighter who plunged into the burning buildings on a rescue mission. Desperate to outgrow his brother’s shadow and at least prove he’s some good to his stern mother, Sean’s seeking redemption anywhere he can find it.

“A Muslim gaining control of the memorial was the worst possible thing that could happen—and exactly the rudder Sean, lately lacking one, needed.” Catastrophe, he had learned, summoned his best self. In its absence he faltered.” Unable to vocalize the sad truth behind his guilt, Sean is driven to increasingly violent, increasingly confused acts, hoping all the while he’ll stumble across his right path.

Asma’s story is perhaps the most heart-rending of the entire ensemble cast. She lost her husband, an illegal Bangladeshi immigrant, in the attacks, and has had to fight merely to have his presence (and loss) acknowledged. She’s had to fight for every inch of breathing space she has, against the strict boundaries of her own society, the views and prejudices she experiences, and also wrestle with the decision as to whether to return home, and hence lose her chance to ever enter America again. Despite her “submissiveness,” she believes “every grain” of rice “worth a fight” though, and when she stands up and gives an impassioned plea on behalf of the garden’s design in front of the assembled public, she becomes a media darling, for a brief, shooting star moment, until tragically, the tabloid press delve a little too deep and unmask her. She’s forced to realize this:

“She thought her freedom here was limitless but in truth it was bounded—by a larger circle than at home, but a circle nonetheless. When she spoke out, pushed at it, crossed over it, she offended. It was entirely different than at home, and yet the same.”

It’s an almost unwinnable fight for each of the stakeholders involved. Each has lost too much already. The questions are almost unanswerable, the moral ground labyrinthine. And yet while all of the chaos unfolds, there’s one moment of quiet in the storm. Claire takes her children to build cairns in various locations which cover the duration of Cal’s trip from their home into New York.

And the quiet contemplation of the children as they “rearranged the stones as if they were perfecting a haiku,” and then, later, when she discovers they have left small aspects of their father’s life by the stones as a marker, feels almost like an intrusion on the part of the reader. As though this small, personal memorial is more fitting. As though countless small gestures can be as remarkable as something architecturally extravagant.

There are no answers here. Just a deeply passionate striving to come to an understanding of all the disparate voices, the different pitches, the different points of view. To hear the silences, to speak with the voiceless, and to listen, too, so that the city of New York can stand as its own memorial, so that it can be whole again, speaking the same language. The city so good they named it twice. New York, New York.