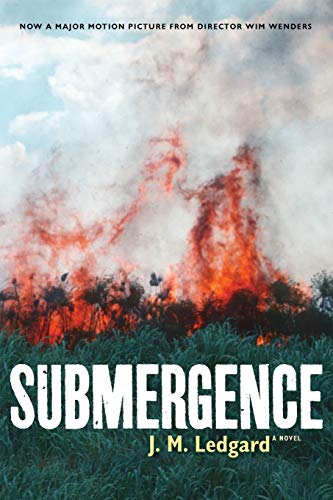 “There are layers and depths to this short novel that only surface after the last page has been read, and it has been set aside and that leave you reaching for it to start reading again.”

An English spy kidnapped by jihadists, his French-Australian lover who dives to the most inaccessible parts of the ocean, meditations on literature and art, religion and mathematics—all weave themselves into an intricate pattern in this dense novel.

James More lives a double life, posing as a water engineer in Africa but spying for the British secret service. He is kidnapped in Somalia where he is first locked in a fetid room, dragged to the sea where his kidnappers point a gun at him only to fire in the air at the last minute before being taken to parched “badlands” where he is routinely beaten.

During his incarceration and confrontations with imminent death he reflects on his life as a spy, the art he has seen, novels he has read, philosophies he has pondered, and a love affair with Danielle, a French marine biologist and mathematician, during a Christmas in France.

Danielle is also a complex character who also lives a double life, a sociable and sexually promiscuous but emotionally disengaged one, and a deeper more meditative one carried out mentally and in actuality far beneath the waves of the Atlantic Ocean.

Her area of expertise is the deepest ravines cut into the ocean floor plunging miles below the surface of the planet and where, astonishingly, forms of life exist in absolute darkness and under pressure that would crush humans to jelly.

She theorizes that it is from these depths that humanity ultimately emerged and where the atoms that give us physical form will inevitably return.

Danielle is scathing of how humanity has abused and is destroying the womb from which it emerged.

“The ocean was being fished out, poisoned and suffering acidification. Quite apart from the vessels there were sonar arrays and other electronics that ruptured the orientation of sea mammals. And if sea mammals could become so disorientated as to beach themselves, so could man exterminate himself. Man had hardly taken breath from the Stone Age and yet was altering the flow of rivers, cutting up hills and discarding the materials that would be easily identifiable to future geologists. The anthropocene: a geological age marked by plastic.”

At a symbolic level the ocean could be seen as metaphor for the human psyche whose true depths are hidden from everyday human contemplation but which James, during his captivity, is forced to confront and the ruptured orientation forced on it by the modern world.

And in his novel Mr. Ledgard takes on one of the most complicated and delicate political issue that faces that world: militant Islamism. He is a British journalist who lives in and reports from Africa and is bang up to date with current affairs— the body of Osama bin Laden floating beneath the waves drifts in and out of the narrative.

Author Ledgard has huge respect and admiration for Islam but is scathing in his criticism of the brainwashed fundamentalist mindset of those who hold James captive: jihadists from Somalia, Saudi Arabia, Chechnya, and Afghanistan.

“Their minds were weak. They misrepresented their religion. The jihad had trammeled them. They lied to others and to themselves. They had no strategy. Their choice was to fight and kill more innocents or be annihilated. It was obvious they would choose oblivion over surrender.”

However, the author contextualizes this fundamentalism in a broader context of a polluted global psyche. A few lines later he writes: “[The kidnappers] were copying the Heaven’s Gate cult in America, the first group to document suicides with video testimony. Its members found a collective determination to take their own lives having visited a funfair earlier in the day. They made their video testimony and jumped the earth to a shooting star, so they believed, while their bodies remained on the bunks in California . . .”

There are layers and depths to this short novel that only surface after the last page has been read, and it has been set aside and that leave you reaching for it to start reading again.