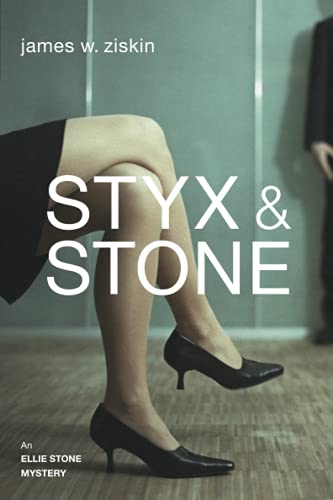 Is it possible for a middle age man to write a novel with a young female protagonist? Maybe, but this isn’t that book.

Ellie Stone thinks she’s a good time girl. It’s 1960; she drinks Scotch, sleeps with whomever she wants to, and is trying a career as a journalist.

But she’s not yet 25 years old and an immature kid. She’s a bad combination of knowing she’s right about everything, and still aching for her father’s approval. He’s a professor at the Italian department at Columbia and more interested in the 1300s—Dante is his life’s work—than the 1960s.

Problem is her dad’s in a coma. He was hit on the head during a break in her childhood home, a Fifth Avenue apartment, so Ellie comes down from self-imposed exile upstate to see what’s happening.

It’s clear from the start Ellie is starved for her father’s attention, and that’s why she sleeps around. Such easy pop psychology went out of style some time ago, and author James Ziskin does himself no favors by relying on such outdated twaddle.

Ellie sometimes acts like a moody middle age Phillip Marlowe and sometimes as a carefree Barnard graduate who delights in being the smartest person in the room when she’s not surrounded by her father’s fellow professors. But she doesn’t seem to have any idea about or ability to articulate who she is. Part of that is age, but why make your detective so opaque? It’s hard for the reader to root for someone as juvenile as Ellie.

Of course she sleeps with the handsome Italian, of course she feels superior to the policeman investigating the break-in, of course she and her father share a secret that prevents them from forming attachments with anyone.

Ellie needs seasoning and must come to terms with her foibles in a way that makes the reader want to cheer her onward and upward. That doesn’t happen here.