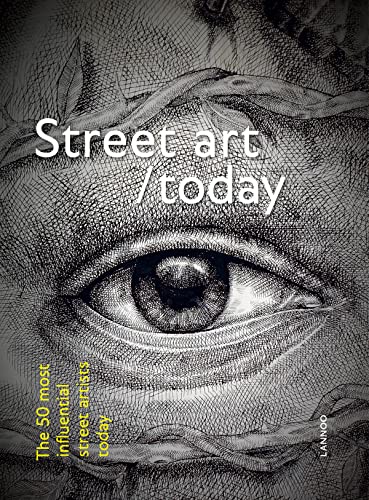 Most of us have experienced the urge to make our mark on the world—literally and visibly. As children we scribble with crayons, daub with finger-paints, or build impossible Lego structures on any promising surface, indoors or out, limited only by available materials, opportunity, and adult disapproval.

Indeed, the realization that our experiments with public art likely will meet with opprobrium can make the experience even sweeter, until our creativity is curbed by social conformity.

The adult version, graffiti, retains these illicit and unsanctioned associations as an assertion of counter-cultural identity politics. Protesting oppressive reality, it can challenge dominant social norms to the point of being seen through establishment eyes as more like vandalism than fine art.

In contrast, the global street art scene comprises an increasingly diverse array of genres, employing a variety of materials, techniques, and new technologies in the production of murals, installations, stencils, sculptures, collages, and unclassifiable artistic statements. As such, it is a movement of contemporary art consisting of fully realized, usually large, and nowadays legal, commissioned, donated or permitted works which are far more than artistically acknowledged graffiti.

Street Art Today: The 50 Most Influential Street Artists Today by curators Bjorn Van Poucke and Elise Luong offers an overview of the constantly evolving practices and styles of visual artwork flourishing in the public domain around the world.

They do this by presenting samples of the work of 50 of the most influential street artists grouped according to their productions in the public space over the past two years.

“We examined their consistency in terms of style and technical quality, the influence their originality has had on other practicing artists, and their popularity across various social media networks.”

More artists are featured from Europe and North America: “With ease of travel between different cultures, long-standing access to visual information, quality of materials and accepted individual agency, these artists have much more comfortable environments in which to create.”

While these postmodern artists and their works featured resist pigeonholes, a number of common organizing themes emerge around six categories—abstract, surrealism, toyism and naïve art, figurative, hyperrealism, and urban interventionism.

An Introduction provides some necessary historical and social context for appreciating the antecedents of the street art movement and the artistic groups most influential in its development.

Although street art as a movement did not really take off until the explosion of graffiti in the 1970s, we have a long history of practicing art in the public space. From cave paintings, though Ancient Egyptian adornment of public structures, Italian Renaissance frescos and Mexican muralism to the Internet era where art can go viral, public art has been used for expression of selfhood and community, storytelling, recording history, beautification, and socio-political statements.

The intent of Van Poucke and Luong’s who’s who of the contemporary street art scene is not to define and bound the movement and its practitioners, but to trace its roots and its rapidly evolving expressions in technique, content and form “as a taste of things past, a showcase of things present and a hint of things to come.”

And a showcase it is, with each artist served by a short biographical appreciation and several stunning illustrations of their work. In addition, there are extended interviews with key artists in each of the six organizing categories which elicit their own perspectives on their productions.

The reader’s/viewer’s reaction to these images, will, of course, be idiosyncratic. But most people will find something which appeals, engages, challenges or simply makes one stop and think.

Perhaps it is Spanish urban interventionist Isaac Cordal’s figurines of two men locked in a passionate embrace, fully clothed and up to their armpits in water. A powerful statement about gender relations and the repercussions of anthropogenic climate change?

Australian surrealist Fintan McGee also comments on climate change and public attitudes to refugees in a haunting mural of a father holding his son above rising urban floodwaters while the little boy stares at the model boat clutched in his hands. An augury of things to come?

“What my work tries to say is that maybe ten to twenty years from now we will all be refugees for different reasons.”

French Toyists Ella and Pitr are inspired by a childlike aesthetic to produce a monumental rooftop mural perhaps depicting a teenage boy sprawled in repose, which can only be fully appreciated via photographs taken from a drone above.

Austrian figurative artists Jana and JS offer murals showing frozen moments of intimacy in the anonymous city. A mother comforts her crying child buried in a building’s rubble. The contrast between the tender scene and the harsh urbanscapes seems to question the increasing inhumanity of contemporary environments?

German hyperrealist Case Ma’Claim gives us a mural showing a detailed close-up of a pair of hands threading a needle. Connecting? Communicating? Changing the  world?

British urban interventionist, Banksy, is arguably the key player in bringing contemporary street art into the public eye as his work is very much in-your-face via the spectacular—large-scale, highly organized, satirical, and politically charged productions.

Yet it’s the simpler images that tend to stick. One mural shows the shadowy form of a woman showering behind a screen, while one little boy peeks guiltily and another keeps lookout. So very human!

Although urban interventionism is the style most explicitly directed at social or political change, all 50 artists are pushing boundaries and testing the public’s limits of tolerance with respect to freedom of expression and spatial propriety. And in so doing they are democratizing art by taking it out of the galleries where only a few have access and into the commons to be experienced by all.

Street Art Today is beautifully presented and written, in the main, in straightforward language accessible to the lay reader rather than art school speak. Unlike most oversized art books gathering dust on the coffee table, it is a pleasure to pick up and sample at random and give thanks for these artists whose genius has led them to eschew indoor formal exhibits and directly engage us in the public milieu.