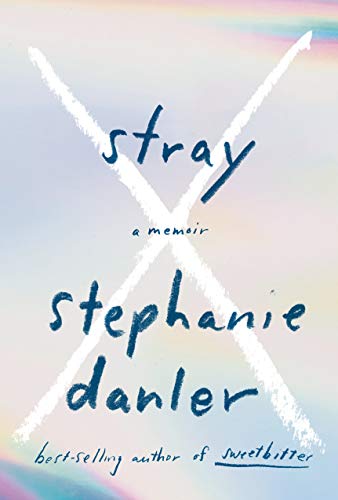 People never disappoint, at least in terms of how complicated their lives are and what they might reveal if we listen closely enough. And Stray, a memoir by the writer Stephanie Danler, delivers on that score in its fearlessness and honesty and revelatory nature.

The story of Danler’s still young life (she’s in her mid-30s) is told in three sections: Mother, Father and Monster. The so called “Monster” is Danler’s married boyfriend who, big surprise, confesses his undying love as long as it’s on his terms.

Only toward the end of the book does Danler, who is nothing if not self-aware, admit to herself why she cannot seem to break the chains of that doomed relationship: “In the morning I wake up and sit in front of the mirror we fucked in front of eight hours earlier. It comes as no surprise that I see the Monster in the reflection. It was always me.”

It’s a poignant realization and it presages the growing up that Danler embraces toward the happy ending of this sordid tale.

Many readers may find the “Monster” the least of her problems. Her neglectful parents (her father fled the family when Danler was three before making a comeback) could easily be labeled “Monster #1” and “Monster #2.” Her mother is a selfish raging alcoholic ultimately disabled by a stroke that leaves Danler and her sister struggling to find the best way to care and forgive her for past transgressions. The stroke is so severe that at one point, Danler “walks” her mother on a leash. It’s a description that doesn’t easily fade.

And then there’s Danler’s father, a larger than life businessman-drug addict who lives life in gigantic ups and downs, having it all, losing it all, living in upper middle class homes before mingling with the homeless.

“He had that gilded, incorrigible quality that women went crazy for,” Danler writes. “His charm was legendary. He could talk to anyone. He gave impromptu speeches. . . .”

In high school, he “rescues” Danler—moving her to Colorado to get her away from her mother—but then abruptly abandons her in his large house where she does what out of control, lost teenagers will do: plenty of drugs.

Somehow, in the middle of all this, Danler finds her way to a good college, reads endlessly, and moves to New York to find work as a waitress. She used the raw material of that career for her novel Sweetbitter, which got rave reviews, sold well, and was turned into a television series.

It’s after that success that this memoir begins. Danler moves back to California and to a house in Laurel Canyon where members of Fleetwood Mac once lived. It’s there, signed to do a second novel, that she instead turns her focus to her bewildering upbringing.

For the most part, the reader will be on Danler’s side as she negotiates her abusive past and current neuroses, although hers is a story of a nearly-wrecked life with privilege. She lives in Europe, goes to good schools, takes vacations, and is beautiful. Life is forgiving to the beautiful and educated.

What saves this memoir from plunging into the “poor little rich girl” fate where it sometimes veers toward is the affecting and beautiful writing. As Danler writes nearly at the end of her memoir: “We don’t receive the things we want because we deserve them. Most of the time we get them because we are blind and lucky. It’s in the act of having, the daily tending, that we have an opportunity to become deserving. It’s not a place to be reached. It is a constant betwixt and between. It’s in that hollow, liminal space that I think—hope?—humility can be achieved.”

We should all be so lucky