The Stranger from the Sea: A Novel 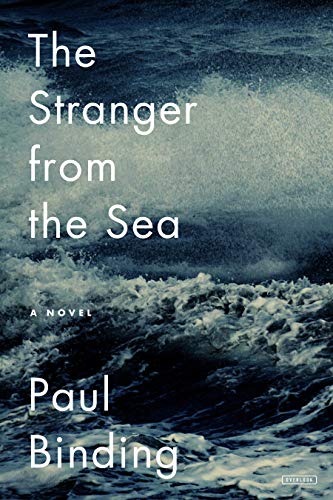 This novel is promoted by the publisher as “a dramatic and moving re-imagining of the characters from Ibsen’s The Lady from the Sea,” albeit in a different location and context. That’s meaningful if you’ve read the original work. If not, then many subtleties in Stranger from the Sea will likely slip past you.

In that case, you have to take the book at face value.

Its first and strongest impression is that the author has mastered the delicate art of making the main character speak and think like he belongs in his time and place (late 19th century England, vs. the original set in Norway). His observations and voice add up to an excellent conveyance into history through fiction. It’s enjoyable reading for that alone.

The narrator, Martin Bridges, is a self-proclaimed egotist seeking his place in his chosen career of journalism. He gets transferred from exciting London to a dreary coastal town in Kent called Dengate, shortly after that community’s momentous event: a shipwreck in the English Channel during a horrendous storm, which washes a young Norwegian named Hans onto their shore. Hans stays in Dengate to recuperate.

Martin is assigned the task of interviewing Hans, and the two men develop a fascination for each other. At the same time, Martin gets embroiled in the affairs of his little town. These rapidly take on the feel of a period soap opera, full of juicy secrets and crossed-up relationships that turn deep and messy. Unfortunately, the melodrama bogs down the story rather than moving it forward. By mid-novel, it’s unclear what the story actually is.

Perhaps there is no story, plot-wise. Stranger from the Sea is mainly a character study. By the time the book ends, it has come to seem like a coming-of-age tale, though Martin’s age is a little high for the norm in that genre. But all people mature at their own pace, and Martin goes through as many twists and turns internally as his external world presents to him.

Ultimately, the story is a story within a story, with characters and events circling back to each other in a seemingly fated way. Maybe that’s where the Ibsen original ties in.

Meanwhile, according to modern novel writing standards, the text shows need of sharper editing than it received. For instance, dialogue is sometimes tagged by impossible actions: “Blahblahblah,” smiled Will. “Blahblahblah,” another character laughed. Such technique gaffes undermine the otherwise elegant writing that carries the reader from scene to scene.

Overall, Stranger from the Sea is an uneven book, launching off in different directions without quite arriving at a destination. The love story between Martin and Hans is prevented by their circumstances to actualize, which is tragic given that it forms the heart of the book. So after a lot of drama and mystery, the story sort of fizzles out into resignation. Like real life for most people.

The point might be that one needs to read the original play in order to get the point of its retelling.