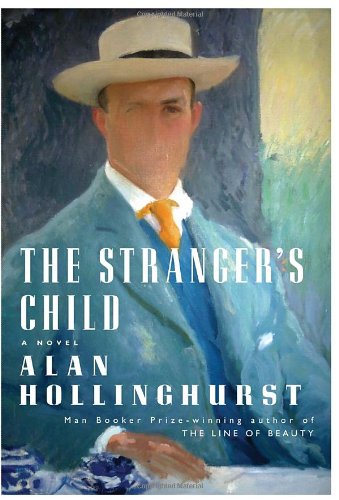 “Mr. Hollinghurst leads us through this rich, witty, and satisfying novel of ideas in his usual clear, lyrical prose that lies just this side of Jamesian embroidery, saving his most beautiful passages for moments of self-discovery by his characters.”

A short memory, it is said, is mankind’s greatest blessing. But for the characters who inhabit Alan Hollinghurst’s fifth novel, The Stranger’s Child, memory is an affliction that plagues and provokes them, stalking them through the 90 years covered in this sprawling, multigenerational story.

While Mr. Hollinghurst’s previous work, particularly in his prize-winning The Line of Beauty from 2004, has taken as its underlying theme the persistent effects of British social prejudice, particularly as seen through England’s gay subculture, this new work builds on that foundation to explore the murky territory of literary prejudice and the elusive nature of truth.

That may sound like a dry exercise in literary fiction, but Mr. Hollinghurst anchors his ideas in firm ground with an involving story that begins in 1914, during the last tranquil summer Britain was to know before the devastation of World War I, and the arrival at a country estate called Two Acres of the wealthy, aristocratic young poet, Cecil Valance.

Cecil is in the midst of an affair with one of his hosts’ two sons, flirts with the family’s 16-year-old daughter, and writes during his stay a poem that will thread its way through the book’s remaining pages, following the fates of the daughter, the son, their offspring, and an egotistical biographer, among others.

Cecil perishes in the trenches in France but looms over the narrative like a mischievous spirit as his legacy is dissected, disrespected and disputed by those left behind. “He was asking for memories,” Mr. Hollinghurst writes of the eager young biographer Paul, “too young himself to know that memories were only memories of memories. It was diamond-rare to remember something fresh.”

The story of the Valance legacy allows Mr. Hollinghurst to encompass the upheavals in British society brought by two wars as well as the changing attitudes toward homosexuality, from the sly winking of the late Victorian era through the moral certitudes of the mid-20th century, to Britain’s landmark Sexual Offenses Act of 1967 that decriminalized homosexuality between consenting adults. “Well, I feel there’s room in the world for more than one kind of beauty,” one of Mr. Hollinghurst’s sexually ambiguous characters says prophetically between the two World Wars.

Mr. Hollinghurst enriches his narrative with references to actual literary figures, modeling Cecil Valance, one presumes, on Rupert Brooke, who is mentioned several times in the narrative as the superior poet, and Tennyson, who has a tenuous family connection with the pre-World War I family of Two Acres and whose familiar In Memoriam provides the title of Mr. Hollinghurst’s book.

Discussed in the more contemporary sections of the book is the biographer Michael Holroyd and his struggles with surviving family members to produce his magisterial study of the Bloomsbury writer Lytton Strachey, mirrored in Paul’s bullheaded attempts to discover the facts of Cecil Valance’s life. “People wouldn’t tell you things, and then they blamed you for not knowing them,” Paul laments.

Although the narrative energy flags a bit in the final section of the book, and the large cast of characters leaves several of them underdeveloped and a bit hollow, Mr. Hollinghurst leads us through this rich, witty, and satisfying novel of ideas in his usual clear, lyrical prose that lies just this side of Jamesian embroidery, saving his most beautiful passages for moments of self-discovery by his characters.

As Paul is about to experience his first sexual encounter with a man, Mr. Hollinghurst pauses to observe their surroundings in a quiet wood. “Even the near distances were mysteriously barred and crowded with green, shadows blurred the massive tree-boles while the roof of the wood formed a far-off, slowly stirring dazzle,” he writes. By the end of the book, those mysterious distances may seem a bit clearer but, like the truth, just out of reach.