The Story of My Purity: A Novel 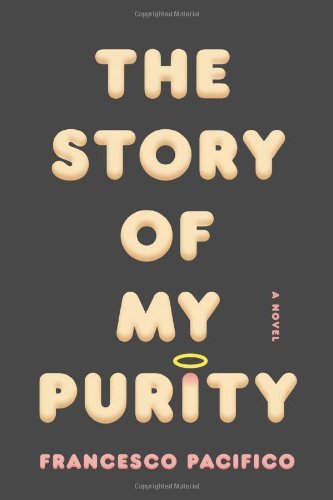 “The Story of My Purity is a frustrating novel—entertaining enough . . . yet ultimately unconvincing.”

The age-old conflict between sex and spirituality animates The Story of My Purity, a ribald new comic novel by the Italian author Francesco Pacifico.

As an Italian, Mr. Pacifico poses the category clash as one pitting Roman Catholicism (in its ultraconservative and morally absolutist form) against the sybaritic temptations of an Italy presided over by its pimp-like premier, Silvio “bunga bunga” Berlusconi. And the locus of the conflict is one Piero Rosini, a young bourgeois Roman torn between the absolutism of Pope Benedict’s church and the desires he has renounced but which still bedevil his mind and body.

At 30 years old, Piero is a mess: physically unfit, stuck in a sexless marriage, and at a loss about what to do with his life. ”What with my stoop and my belly, my wife had lost interest in me and my body, and I in turn had lost all confidence in myself,” he complains.

He had been a secular liberal who enjoyed sex, getting high and rock music, but he has decided to leave all that behind to become a dogmatic traditionalist Catholic. His conversion, though, hasn’t brought him joy or spiritual fulfillment.

He maintains a façade of religious rectitude, but he’s tormented by doubt and sexual temptation, the latter coming in the voluptuous form of his pious sister in law.

Since his turn to hardline religion Piero has worked as an editor for a reactionary Catholic publishing house called Non Possumus (We Cannot) whose books denounce contemporary society for its libertinism and rejection of the Church’s values.

Piero embraces his role as righteous scourge of the heathens, but one of the publisher’s forthcoming titles is making him think he may have gone a bit too far. The book—The Jewish Pope—argues that Karol Wojtyla, aka Pope John Paul II, was the son of a Polish Catholic father and a Jewish mother who had changed her name from Katz to Kaczorowska.

Not only that, Wojtyla ascended to the throne of Peter with the backing of the Frankists, a supposed secret society founded by followers of Jacob Frank, an 18th century Polish Jew whose goal was the destruction of moral law.

The Polish pope, in other words, was the Antichrist.

Even as he enthusiastically recounts the book’s thesis to his boss and colleagues at Non Possumus, Piero realizes that he’s promoting a “crazy little book.” He’s also well aware that the fallout from publishing it could be devastating, to Non Possumus and, more importantly, to him. “It was one thing to work at a far-right Catholic publishing house . . . it was another entirely to be identified as one of the creators of a book that ‘accuses’ one of the most powerful men of the twentieth century of being Jewish.”

Piero’s conflicted feelings about publishing such a scurrilous book point to the true theme of The Story of My Purity: Roman Catholicism and its relationship to Jews, and particularly the Church’s historic anti-Semitism. Piero admits that of his group of fellow conservative Catholics, the Teste Parlanti (Talking Heads), he is the only one to “don the intellectual hair shirt of anti-Semitism.”

Hearing Joseph Ratzinger, aka Pope Benedict XVI, deplore secular society’s promotion of “the wrong ideas and values,” he agrees with “Catholic intellectuals” that those most responsible for spreading them are “the rich and powerful Jews.”

Fearful of the scandal he knows The Jewish Pope will provoke, tormented by his lust for his sister in law, and miserable in his marriage, he flees Rome and moves to, of all places, Paris. There he works by day for a right-wing Catholic publishing house that’s a Gallic version of Non Possumus; by night, he hits the city’s dance clubs.

He falls in with a multinational group of hard-partying young women, takes Ecstasy with them, and becomes involved with one, a Jew named Clelia. He develops an intimate friendship with Clelia’s uncle, Leo, moving into one of the apartments Leo owns in the Pigalle neighborhood. As he becomes further involved with Clelia and Leo, he is wracked by fears that they will discover that he is responsible for The Jewish Pope, which is about to be published.

The Story of My Purity is a frustrating novel—entertaining enough to keep the reader following Piero’s exploits, yet ultimately unconvincing. Though Mr. Pacifico endows him with wit and self-awareness of his contradictions, Piero Rosini seems more an intellectual construct than a credible human being. He attributes his conversion to a religious fanatic to 9/11 – after the terrorist attacks in New York, “my world of ideas, of pleasure, of books, collapsed a bit like the towers.” He even comes to believe that “the Muslims” are right to denounce Western civilization, which, Piero concludes, has been corrupted by the machinations of powerful Jews.

The events of September 11, 2011, did unsettle many Western liberals; some gave vent to surprisingly hawkish and anti-Muslim sentiments. But Piero Rosino’s conversion is never psychologically credible; it comes off more as an authorial device to explore, though the conflicted psyche of his voluble hero, conflicts between flesh and the spirit, tradition and (post) modernity, Catholics, and Jews.

Near the novel’s end, Rosini, speaking of himself in the third person, says that his life “had always been rhetorical.” That judgment applies also to The Story of My Purity.