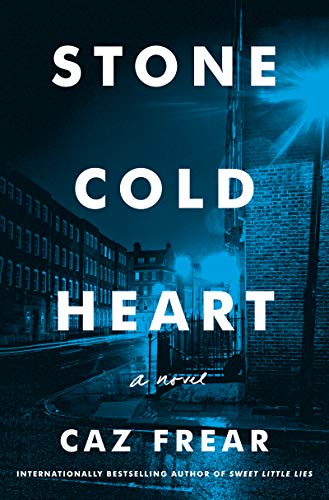 After a brief stint in the mayor’s office, Detective Constable Cat Kinsella is back at the London Metropolitan Police, wisecracking with her partner Luigi Parnell and trying to avoid the wrath of the boss, Detective Investigator Kate Steele.

But for Cat and Parnell, it’s serious business when a young Australian woman turns up dead after a party thrown by her new boss. The initial investigation of Naomi Lockhart's murder points to Joseph Madden, the owner of a coffee shop around the corner from police headquarters. Madden insists he’s innocent, that he was home with his wife Rachel at the time of the murder. When police question her, Rachel contradicts his alibi, swearing that she was home alone.

While the team builds its case against Joseph, Cat is tasked with getting to the heart of the Maddens’ marriage. Cat knows that one of them is lying—but the question of which one, and why, is far more complicated than she could have expected. As she tries to balance the demands of the investigation with a budding romance and unresolved family drama, Cat has to decide how far she’ll go to keep her own past mistakes buried.

Caz Frear grew up in Coventry, England, and spent her teenage years dreaming of moving to London and writing a novel. After fulfilling her first dream, it wasn’t until she moved back to Coventry 13 years later that the second finally came true in 2018 with the publication of Sweet Little Lies.

In Stone Cold Heart we witness the highly anticipated return of the unforgettable Cat Kinsella, the smart and sassy London Detective Constable. And like its predecessor this novel is spellbinding from start to finish. Frear effectively combines a family drama with a captivating psychological mystery, while incorporating effective descriptions of police procedurals. Blend all of that with an unpredictable and intelligently witty storyline and you’ve got a winner.

“. . . pretending I haven’t heard him over the incessant gurgle of the coffee machines and the insipid soft jazz. I’m nearly out the door now. Just a few more strides and I’ll be safely outside, away from Casanova’s attention and basking in the scents of a grimy London summer. Warm beer. Bus diesel. Raindrops hitting the hot pavements. Bliss.”

Our character, Cat Kinsella is a strong and feisty woman, who also happens to be an excellent detective. Her character’s sarcastic sense of humor is appealing on so many levels but most importantly her everyday imperfections allow her to stand out because she doesn’t let herself be defined by these shortcomings. This character continues to resonate with readers because of her struggles balancing a dysfunctional personal and family life with career. Although her personal development is less of a focus in this book, that minor fact does not diminish the novel’s appeal. If you haven’t read Sweet Little Lies, it is highly recommended to catch up on all of the happenings and to fully appreciate Kinsella’s multilayered and enchanting character. Efforts like this are rare in fiction publishing today, and Frear has succeeded in this sequel where many writers have failed.

Overall, Stone Cold Heart is masterfully written, and Caz Frear’s trademark sense of humor shines brightly; add in a character worth cheering for and plenty of mystery and suspense (that leaves you guessing to the final pages), and you’ve got the recipe for a sure thing bestseller.