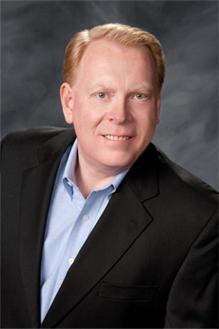 Michael Thomas Barry is the critically acclaimed author of eight nonfiction books that include California's Deadly Women: Murder and Mayhem in the Golden State, 1850-1950 (2018), In the Company of Evil Thirty Years of California Crime, 1950–1980 (2016) and Murder & Mayhem 52 Crimes that Shocked Early California 1849–1949 (2012). He is a former columnist for CrimeMagazine.com and has made numerous television and radio appearances that include PBS SoCal’s Real Orange, and Investigation Discovery’s Deadly Women and True Nightmares series.

Mr. Barry is a graduate of Cal State Fullerton with degrees in history and criminal justice. He is a member of The Mystery Writers of America, American Society of Journalists & Authors, The Authors Guild, and The Crime Writers Association. The author resides in Orange, California, with his wife Christyn and their golden retriever, Jake.

Great Britain's Royal Tombs: A Guide to the Lives and Burial Places of British Monarchs

Literary Legends of the British Isles: The Lives & Burial Places of 50 Great Writers

The Wife Stalker: A Novel

A Good Marriage: A Novel

“an alluring psychological legal thriller that is jammed packed with layers of emotionally charged sexual revelations and suspense.”

“an extra ordinarily charming adaptation of one the most overlooked and most important people in Jane Austen’s life . . .”

Murder in an Irish Cottage (An Irish Village Mystery)

“Wonderfully captivating . . . A thrilling addition to the murder mystery series . . .”

The End of the Ocean: A Novel

“Chillingly frank in its discussion of our planets fragile ecological system and the fight to save our basic natural resources.”

The Network: A Jack Logan Thriller

“an intense and action-packed roller-coaster ride of emotions that is filled with loads of political and religious suspense.”

The Adventure of the Peculiar Protocols: Adapted from the Journals of John H. Watson, M.D.

“Invigoratingly engaging from start to finish, Nicholas Meyer has yet again created a fresh take on an old genre.”

The Secrets We Kept: A novel

“a remarkable debut novel . . . meticulously researched and a sure bestseller.”

Prince Albert: The Man Who Saved the Monarchy

Francoise Gilot was just 21 when she met Pablo Picasso, four decades her senior.

The Paris Diversion: A Novel

“Chris Pavone has continued to cultivate his craft and has become one of the elite writers of the thriller genre.”

“[a]n exceptionally gripping spy thriller that will keep readers on the edge of their seats.”

“if you really want to be creeped out and want a sleepless night, enter the unsavory and often seedy world of ‘Javanka’ where ruthlessness, egotism, and pure ignorance run rampant.”

“a riveting description of what really happens behind those closed doors of Washington’s flawed and dysfunctional traditions.”

“A brilliant and fitting ending to a wickedly adored series.”

A King in Cobwebs (The Tales of Durand)

“A clever and hauntingly grim fantasy . . . that will most certainly entertain fans of swordsmen, medieval sieges, and battles.”

Jack and Maria have a complicated relationship. They live in a tiny Manhattan apartment with their eight-year-old son, Jonah.

Ask Me No Questions: A Lady Dunbridge Mystery

“From the decadence of high-society balls, to the swankiness of Belmont horse racing, murder and scandals abound.”

Children of God: A Novel

“Fast paced and intensely gripping, Nomad takes the reader on a high-octane thrill ride from start to finish.”

“This captivating story will sweep the reader through fascinating and glowing accounts of the great composer’s life . . .”

“This gripping, free-wheeling joy ride of a whodunnit invariably leaves the reader unabashedly cheering for the heroes and jeering the villains.”

“Monster City will make an excellent addition to any true crime enthusiast's library.”

“Putney by Sofka Zinovieff is a disturbing, yet powerfully captivating story that tells how just one secret can destroy many lives.”

“There’s a misconception that the woods are the destination in a fairy tale. The woods are just something to get through. Scary, yes. Necessary, of course.

Shakespeare and the Resistance: The Earl of Southampton, the Essex Rebellion, and the Poems that Challenged Tudor Tyranny

“Persuasive and meticulously researched, Shakespeare and the Resistance is a must read for anyone interested in the study and interpretation of Shakespearian era politics or litera

“. . . when you work for the dead, you’re stuck with a notoriously unreliable employer. Sometimes they’re all over you, screaming their need for justice at every cursed turn.

Chopin's Piano: In Search of the Instrument that Transformed Music

“Captivating and intriguing, Chopin’s Piano will most certainly entertain both novice and hardcore music historians.”

The Black Prince and the Capture of a King: Poitiers 1356

In 1346 Edward of Woodstock commanded the frontline at the Battle of Crécy, his father King Edward III of England, intentionally left him unsupported to win the battle, so he could “earn his spurs”

The Book of Hidden Things

Four old schoolmates, Art, Fabio, Tony, and Mauro have a pact: to meet up every year in the small town in Southern Italy.

“Fare Thee Well is a passionate and well-written exposé of the behind the scenes action of one of rock and roll’s most iconic bands . . .”

Night-Gaunts and Other Tales of Suspense

Autumn in Venice: Ernest Hemingway and His Last Muse

In the fall of 1948 Ernest Hemingway and his fourth wife Mary traveled to Europe, staying in Venice for a few months.

“Alone time gives us permission to pause, to relish the sensual details of the world rather than hurtling through museums and uploading photos to Instagram.”

Questions I Want to Ask You

Patrick “Pack” Walsh may not know exactly where he’s going in life, but he’s happy where he is. He’s got a girlfriend who gets him. His single dad is his best friend.

Great Britain, 1923: Detective Inspector John Redfrye is a blessing to the Cambridge CID.

As Queen Elizabeth I’s 50-year reign over England entered its latter years, a controversial and gifted playwright entered the theater scene and dove head first into the social causes, psychological

The Pisces: A Novel

For nine years Lucy has been working as a part-time librarian at a small Arizona university and struggling to complete a Ph.D. program in classic literature.

Sigrid is in a tough place.

It is hard to go wrong in Paris, one of the most beautiful cities in the world.

The Wild Inside: A Novel

A natural-born trapper and hunter raised in the Alaskan wilderness, Tracy Petrikoff spends her days tracking animals and running with her dogs in the remote forests surrounding her family’s home.

“Fascinating and atmospheric, the narrative is complimented with beautifully illustrated images . . . For anyone who loves Dublin . . .”

The Cadaver King and the Country Dentist: A True Story of Injustice in the American South

My Father's Wake: How the Irish Teach Us to Live, Love, and Die

“The boundaries which divide Life from Death are at best shadowy and vague. Who shall say where the one ends, and where the other begins?” Edgar Allan Poe

Clara Kelley is not who they think she is. She’s not the experienced Irish maid who was hired to work in one of Pittsburgh’s grandest households.

The Woman in the Window: A Novel

“A captivating page-turner that is filled with loads of atmosphere and suspense, The Woman in the Window is a highly recommended read . . .”

With images of war haunting him daily, U.S. Army veteran River Roulet cannot seem to break free of the past.

Strangers in Budapest: A Novel

“a fabulously complex and mysterious tale that is full of atmosphere and suspense.”

Halloween might seem like the spookiest time of the year but Charles Dickens, M. R. James, Edith Wharton, and other literary greats felt otherwise.

Three Days and a Life

“A thoroughly captivating suspense-filled read that will not disappoint any devoted thriller enthusiast.”

“the perfect stocking stuffer for any crime noir or mystery fiction fanatic on your holiday gift giving list.”

“a tantalizing look into how Austen’s classic works were shaped by her close relationship with her brother, as well as the financial scandals and disasters of the Regency era.”

Between a Wolf and a Dog

On December 9, 2016 Australian writer Georgia Blain died from a brain tumor. Her life contained more than its share of tragedies and disappointments.

“A white-knuckle adventure from the start, . . . thoroughly entertaining historical mystery page-turner . . . filled with bountiful amounts of action and adventure.”

A Murder in Music City: Corruption, Scandal, and the Framing of an Innocent Man

“the author uses his typically sharp and piercing sense of humor to breathe life into a multitude of delightful characters. . . . a charming debut novel . . .”

Perish from the Earth: A Lincoln and Speed Mystery

Why is society so fearful of crime, but also fascinated by it? Why do the details of a gruesome murder, rape, or other heinous crime hold our attention?

The Golden Age of detective novels is almost universally agreed to have occurred between the 1920s and 1930s.

“a wide-ranging and comprehensive interpretation of how mobsters like Al Capone and his associates came to control the criminal rackets . . .”

“a complex and seductive page-turner that will not disappoint devoted fans and casual readers of the New York Times bestselling series.”

The Whitechapel district of London’s East End in the latter decades of the 19th century was a popular place for immigrants and the poor working class.

The Scholl Case: The Deadly End of a Marriage

“will most certainly satisfy those readers who enjoy the combination of the psychology of marriage and true crime.”

The Girl Who Knew Too Much

Convicting Avery: The Bizarre Laws and Broken System Behind "Making a Murderer"

In 2015 Netflix released the controversial documentary Making a Murderer, which explored the story of Steven Avery, a man from Manitowoc County, Wisconsin, who spent nearly two decades in

The Ambulance Drivers: Hemingway, Dos Passos, and a Friendship Made and Lost in War

“a worthwhile read. It will most certainly fascinate Dos Passos and Hemingway aficionados, as well as the casual literary biography enthusiast.”

Murder in Plain English: From Manifestos to Memes—Looking at Murder through the Words of Killers

“Humans are the planet’s outliers when it comes to murder.

Illusion of Justice: Inside Making a Murderer and America's Broken System

“Yes, I believe [Steven] Avery is innocent. This is my opinion, which I know is not worth very much, but my opinion is based on an assessment of the evidence.”
—Jerome F. Buting

“a refreshing read that will most certainly enthrall true crime enthusiasts and those interested in the history of modern law enforcement . . .”

By Women Possessed: A Life of Eugene O'Neill

“an extraordinary and thought provoking view on the playwright’s life and works.”

“Al Capone was a son, husband, and father who was looking for the best way to become a good provider for everyone.”

“a fast-paced tour de force through history and contemporary California. It is a heart-pounding page turner filled with loads of action and intrigue.”

Filthy Rich: A Powerful Billionaire, the Sex Scandal that Undid Him, and All the Justice that Money Can Buy: The Shocking True Story of Jeffrey Epstein

In February 2005, 14-year-old Mary (not her real name) was a naïve and impressionable teenager. She desperately sought out attention and wanted to make a good first impression.

Who Killed These Girls?: Cold Case: The Yogurt Shop Murders

Murder in the Bayou: Who Killed the Women Known as the Jeff Davis 8?

Existentialism and Excess: The Life and Times of Jean-Paul Sartre

“Whatever life holds in store for me, I will never forget these words: With great power comes great responsibility. This is my gift, my curse. Who am I?

American Heiress: The Wild Saga of the Kidnapping, Crimes and Trial of Patty Hearst

". . . brings to life the many characters and truly bizarre and astonishing events."

In early December 1922, Ernest Hemingway was in Switzerland on assignment as a correspondent for the Toronto Daily Star, covering the Lausanne Peace Conference.