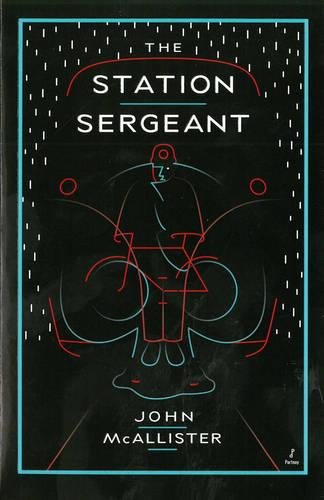 “The Station Sergeant is a gem. . . . a breath of fresh air in a world of bloated crime thrillers.”

Upon hearing gunshots one rainy afternoon, Barlow suddenly has the sinking feeling his comfortable life is about to be turned upside down. The body of a man is quickly discovered in a nearby field. The dead man turns out to be local farmer, Stoop Taylor, a despised figure in the local area with more enemies than friends.

To add to Barlow’s workload, local thugs, the Dunlops, are stealing cattle to order. Not the most heinous of crimes, one would think. But the inhabitants of Ballymena are not your everyday folk. For them, cattle rustling is akin to horse stealing in the Old Wild West. And we all know what happened to horse thieves in those days. . . .

And just when Barlow thought things couldn’t get any worse, they do. A traumatized German soldier, Kurt Adenauer, escapes from custody at the station, but not before taking a prisoner and aiming his gun at Barlow’s head:

“The muzzle bored into Barlow’s forehead. Kurt Adenauer held the revolver, his free arm wrapped around Jackson’s throat. A good shrug and the young constable’s neck would snap. Jackson’s personal weapon, Barlow supposed. Things had to stay calm, very calm or he and Jackson would both die.”

As the body count begins to mount, Barlow’s personal problems multiply as well. He’s fallen in love with another woman, Alexandra—also known as the widow Taylor—despite the fact he’s still married to Maggie, who suffers from schizophrenia.

The marriage, however, has been disintegrating daily, not helped by Maggie having turned extremely violent. Then there’s Vera, his loving daughter. Barlow, like most fathers, believes she is growing up too fast—way too fast—and it’s scaring the hell out of him.

On top of all this, the new Inspector wants Barlow demoted and transferred, immediately if not sooner.

Despite all these worries, Barlow has one overall mission: to protect his community and those he loves. But to do that he must put himself in harm’s way.

Barlow now faces a battle to find a killer, and to save his career. Unfortunately for him, time is not on his side. It is Barlow’s commitment to justice that ultimately might prove to be his undoing.

Based on a real-life police officer, The Station Sergeant is a gem. Mr. McAllister is a superb storyteller whose prose is lean and realistic, a breath of fresh air in a world of bloated crime thrillers. He has brought to life an era long forgotten, and for that we should be truly grateful. Powerful.