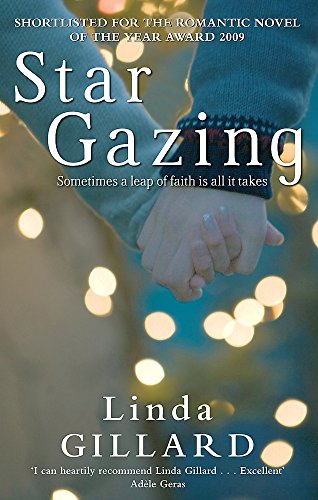 “. . . with Star Gazing, Ms Gillard has undoubtedly created a thinking-woman’s romance that lingers in the memory long after the last page has been turned.”

The normalcy of a wintery city street and a woman carrying her Christmas shopping from the taxi to her front door: As she crosses the pavement, the sound of a skidding bicycle and the hiss of brakes is accompanied by “an angry adolescent shout . . . ‘Are you blind, or what?’”

In a firm voice, the woman replies “Yes. As a matter of fact, I am.” So begins the mesmerizing tale of Marianne Fraser, a music-loving forty-something woman, whose determination to retain her independence and her self-respect, sees her tread a no-compromise path through life.

Blind since birth, Marianne was widowed young when her husband was killed in the Piper Alpha oil rig disaster. She then miscarried their baby.

Now in her forties and living in Edinburgh, Scotland, with her older sister, Louisa, an author, Marianne is sharp as a needle and just as prickly. She matter-of-factly explains to the reader how “language favors the sighted:” Now look here; I see what you mean; I didn’t see that coming.”

Although she strikes a lonely figure, Marianne does not indulge either her grief or her disability. She has organized her life like her two wardrobes—one full of black clothes, one full of cream. Everything works together in bland harmony—no chance of clashes, no bursts of exciting colour. Until Keir Harvey arrives in her world.

Another oilman, Keir is a tough nut and not one to make any concessions to Marianne’s blindness. Yet his perceptive understanding of nature is perfectly in tune with Marianne’s acute sensitivity to sound, touch, and smell. When he takes her to the Isle of Skye, where he has a small lodge, an entirely new world is opened up to her.

But Marianne is still haunted by the overwhelming sense of loss she has experienced before in her life and knows she dare not risk facing it again. The “no ties” commitment with Keir suits her well enough—until something totally unexpected threatens to change hers and Louisa’s lives forever.

Ms Gillard has crafted a beautifully romantic yet challenging story, challenging not only the reader to put all presumptions about blind people to one side, but daring also the protagonist to do the same. The characters are beautifully drawn, with little idiosyncrasies to ensure they are intriguing as well as credible.

The combination of both first- and third-person narratives gives rise to plentiful opportunities for externalising the characters’ emotions—in particular, their humor. Though open to ambiguous interpretation, the arm of coincidence may have been extended a little too far, and the reader is almost ahead of the characters as the story gallops to a predictable, though satisfying, conclusion.

But with Star Gazing, Ms Gillard has undoubtedly created a ‘thinking-woman’s romance’, that lingers in the memory long after the last page has been turned.