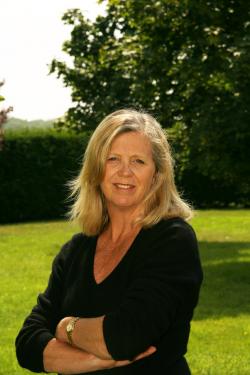 Born in London, Viv Young began screenwriting after a successful career as an accredited journalist and author. She completed a Masters in screenwriting at the London College of Communication and immediately optioned a TV drama series and embarked on a feature film commission.

Ms. Young recently published a novel and is currently working on several projects including a feature commission based on an award-winning book rooted in the Irish troubles of the 1970s. She now lives near Brighton, England, with her first and only husband, and has three children and two grand-dogs.

Lincoln and the Irish: The Untold Story of How the Irish Helped Abraham Lincoln Save the Union

“With the word refugee as divisive now as it has ever been, O’Dowd’s book, examining how fresh off the boat migrants fleeing starvation and persecution helped to save the Union, co

“a slow and detailed portrait of human relationships. . . .

“This fascinating and beautifully created book strikes that necessary balance between informing and entertaining—for both parent and child!”

And Into the Fire

The nuclear industry, its dangerous shortfalls and, subsequently, its potential as a target for nuclear terrorism is clearly a subject book editor and author Robert Gleason has made it his business

“This is an important book; a finely crafted and well-timed, cautionary tale for a world that seems to be slipping back rather than moving forward in how we view our fellow

Originally published in 1966, with the first translation into English published in 1969, this latest edition of Silence has a foreword by Martin Scorsese who is soon to make “a major motio

Unsurprisingly, there have been numerous collections of photographs and thousands of words published about Led Zeppelin.

The Orphan Mother: A Novel

This thought-provoking novel is set in the years just after the Civil War.

The Muse: A Novel

A sense of belonging, class, ethnicity, the rumblings of a civil war that presages a world war and the machinations of the art world—could Jessie Burton have levered much more into the pages of thi

". . . the reader is simply buoyed along with the characters and their slowly intersecting journeys."

A Country Road, A Tree: A novel

“An exceptionally moving and enthralling piece of historical fiction.”

The title of Helen Dunmore’s masterfully crafted novel should perhaps be in the plural, encapsulating as it does a number of exposures that tickle the reader’s thoughts long after the final page ha

One in a Billion: A Child's Life, a Mysterious Disease, and the Dawn of Genomic Medicine

If there were a genre classification “nonfiction thriller” then this riveting book would be its bestselling headliner.

Brook Allen’s fascinating and succinct book is an easily understood recent history of Pakistan as well as a biography of one of its most famous leaders.

Stories I Tell Myself: Growing Up with Hunter S. Thompson

Many readers will pick up this book purely to discover more about the legendary “wild man of American journalism” Hunter S. Thompson, and they won’t be disappointed. Written by his son, Juan F.

Ruth Rendell’s career as a crime and mystery writer is superbly capped with this, her final novel.

As with many great novels that take chances, Monsieur Houellebecq’s latest offering has been overshadowed by controversy, particularly when first published in France, his homeland.

This could have been the shortest review in history. Just one word: INCREDIBLE!

All the Stars in the Heavens: A Novel

There is something about really good fiction that brings out the voyeur in the reader, eagerly peeping through a window into another world.

With publishers and estates loath to say goodbye to lucrative brands, the death of the author is no longer the end of a string of bestsellers.

At the start of a crime novel, the reader sometimes experiences an unsettling feeling as the gory details of fictitious assaults and slaughter are rolled out.

The Ugly Game: The Qatari Plot to Buy the World Cup

“not a book for the faint-hearted but demands to be read by both ‘westerners’ and Muslims alike.”

“This is only Mr Lynch’s second novel, but to read it is to relax into the reassuring embrace of a master storyteller.”

The Assassination of Margaret Thatcher: Stories

“This is Hilary Mantel at her best and arguably most readable.”

“Mr. Gutmann’s chosen stance is as reporter, not participant.

Jeeves and the Wedding Bells

“The twists and turns, the divine language and ‘Woosterisms’ make this a most engaging book.

“. . . a well-written piece of investigative journalism that asks some deeply troubling questions . . .”

In My Shoes: A Memoir

You do not have to be a fashionista to recognize the name of Jimmy Choo, the company that put the bling into footwear.

This biography, about a man whose name means literally “Gabriel of the Annunciation,” shines a light on one of Italy’s foremost poets and literary figures, as well as being a “preacher of war.”

Enemies Within: Inside the NYPD's Secret Spying Unit and the Most Dangerous Terror Plot Since 9/11

And the Mountains Echoed

First came The Kite Runner in 2003 and the man whose words could first break then win a reader’s heart in a semi-colon captivated the world.

This is a book that with its very title raises eyebrows as well as questions.

Margaret Thatcher: From Grantham to the Falklands

“. . . fittingly sum[s] up the public and the private face of Thatcher.”

“. . . a book that stays with you long after the final page has been turned.”

“Mr. Simmons’ book is riveting, with a style and pace that takes the reader on the journey with John Robinson—the African American man called brown condor.”

The McGurk's Bar Bombing: Collusion, Cover-Up and a Campaign for Truth

“. . . thanks to determined writers like Mr. MacAirt the truths behind this particular tragedy have been resurrected.”

“. . . the author’s delightfully light touch ensures The Child’s Child engages the reader throughout.”

A Man of Parts

The Book of Summers

The Perfect Gentleman: A Muslim Boy Meets the West

“Imran Ahmad’s light touch and sense of humanity displayed so skilfully in The Perfect Gentleman ensures that his words have a deeper meaning and a wider application. . . .

“The plot of The Spoiler rattles along with slow-burning subplots that manage to keep the reader engaged. If the reveals are a little disappointing in their substance, Ms.

The Man Within My Head

We Are All Equally Far from Love

“We Are All Equally Far from Love is not a book to be picked up and put down.

“Alan Moore: Conversations is undoubtedly a definitive, scholarly collection for Mr. Moore’s fans, but as the book’s editor Eric Berlatsky points out: ‘. . .

“Charles Dickens: A Life is a fascinating journey through some of the most mesmerizing and memorable characters ever created—David Copperfield, Oliver Twist, Little Nell, Scrooge—a

“There is a saying that if you remember the sixties, then you weren’t there; in the same vein, this book should be read by not only anyone with even a passing interest in this fascinating p

“. . . with Star Gazing, Ms Gillard has undoubtedly created a thinking-woman’s romance that lingers in the memory long after the last page has been turned.”

“Exquisite . . . Aamer Hussein’s messages in The Cloud Messenger will be read over and over again by readers for many years to come.” 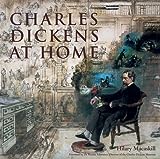 “In the tradition of this great weaver of tales, Ms.

“It is a book that demands to be devoured in big, meaty chunks . . . [there is] an un-put-down-able quality between the covers of The Moon Maze Game.”

“Among the plethora of books that cover this terrible period of Irish history, what makes The Ulster Tales one to be read?

Is Journalism Worth Dying For?: Final Dispatches

“Rarely is one privileged to read the words of a journalist who can be universally admired not only for her skills as a writer and her tenacity, but also for her humanity. . . . if Ms.

“. . . a riveting, deeply affecting story that tackles the very essence of man’s struggle to understand his world and himself. . . .

“Buy a ticket on this Marrakesh Express and enjoy the ride.”