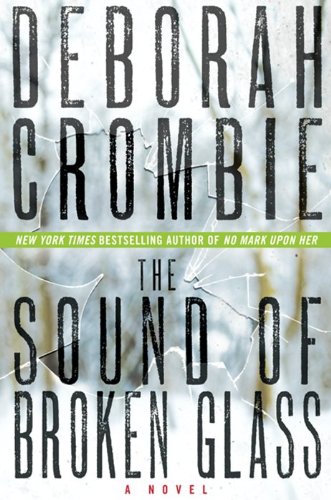 When Detective Inspector Gemma James investigates the tawdry demise of Vincent Arnott, an unlovable barrister, it looks like a pickup gone wrong.

But after another barrister Shaun Francis dies in remarkably similar circumstances, the Shakespeare line about “. . . let's kill all the lawyers.” starts to suggests this is the beginning of something much bigger. Of course if a serial killer decided to target despicable lawyers, the ground would be thick with barristers.
Lucky for the reader these cases are more interesting.

The lawyers don’t seem to have much in common except their demises—different chambers, different cases, Arnott’s wife suffers from dementia, and Francis is a mama’s boy with a huge sense of entitlement.

The night Arnott dies, he went to his local to pick up some action.

The band that played that night had a bit of action as well. Andy, the guitar player, sees someone from his past and the encounter ends with a fight. Is the fight connected to the Arnott’s death?

While Gemma and her partner Duncan juggle child care and work, they discover old friend Tam has just discovered a once in a lifetime opportunity by putting this same Andy together with a vicar’s daughter/ bassist named Poppy. Both are good, but the sum is great.

But if Andy killed someone, he’s going down.

The two hallmarks of a Deborah Crombie mystery are the routineness of everyday life in England and her insight into how setting influences plot. It is worth remembering that Crombie is, in fact, an American. That outsider perception helps the reader in getting to know the history of a place you may visit as a tourist, like Notting Hill, where her detectives Kincaid and James live, or the lesser known Crystal Palace, where part of this book is set in the not-too-distant past.

The Crystal Palace was dreamed up by, who else, the Victorians, to house the Great Exhibition of 1851, showing off the wonders of the Industrial Revolution. With clear walls and ceilings, the building flaunted the recent invention of plate glass. After the exhibition in Hyde Park, the building was rebuilt in a South London suburb until its destruction by fire in 1936. The historical descriptions of the fire and the spectacle of the conflagration are wondrous, evoking the entertainment of public events at which everyone is in the street: rich and poor, old and young.

The author also brings to life the guitar shops on Denmark Street in Soho—only a half block of them, but any guitarist worth mentioning has bought one or two (or 200, knowing rock and rollers) at that shop.

The Sound of Broken Glass is a reflection of London, a great city from Boadicea to modern times. Deborah Crombie is enchanted with the mix of languages, classes, and customs that make up the lifeblood of this city, and she exhibits her love for London quite blatantly.

And yes, the boy who practices guitar in his Crystal Palace slum may become a star.