Something to Hide: A Lynley Novel 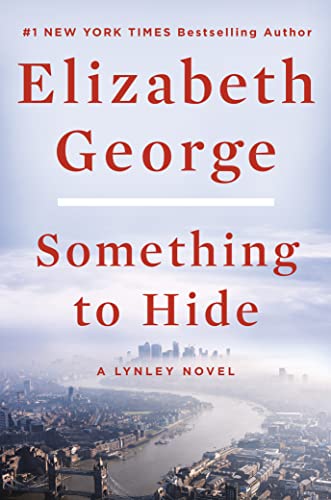 “Elizabeth George can really spin a great investigation when she’s not trying so hard to teach the shocking discoveries she has made in her own explorations.”

Elizabeth George’s mysteries featuring Scotland Yard investigators Barbara Havers and Thomas Lynsley began with A Great Deliverance in 1988. Now her 21st book in the series, Something to Hide, probes life and death in the Nigerian community of North London, along with the custom of female genital mutilation (FGM).

For those new to George’s work, the 687-page book isn’t likely to carry them into loving the series, because the noted Scotland Yard investigators don’t come into the action until page 119. And for readers who treasure Lynsley and Havers, that’s also a problem—chapters cascade about people who are in emotional and physical pain in the midst of a socioeconomic disaster.

George clearly has done massive amounts of research for this book. Unfortunately, that message keeps coming back, when instead it might have been far more effective to simplify the plot a bit, and let the research take a backstage role.

The meeting in which Lynsley comes onto the case sums up the positioning of his investigation, in a politically challenging time:

“In [Lynsley’s] morning meeting with Assistant Commissioner Sir David Hiller and the head of the Press Office, Stephen Deacon, the political concerns of both men had been writ large enough and dark enough for a mole in sunlight to read them. . . . Teo Bontempi was not only a police detective, she was a Black police detective. The last thing the Metropolitan Police needed to have hurled at them was an accusation that not enough was being thrown into the investigation because the office in question was Black or female or both. Racism, sexism, misogyny . . . There could not be a whisper of any of this during the investigation and did the Acting Detective Chief Superintendent understand what was being said?”

Even after this, the book is plagued by too many points of view and not enough agency. Series readers, who’ll want to tackle this anyway, may do best to skip “Part I” in order to leap into the investigation. Newcomers to the Lynsley books should probably try an earlier title.

That said, if this weren’t a “genre” book—that is, a Scotland Yard investigation—it might stand as an imposing literary probe of Nigerian/North London culture. Perhaps that’s how it should instead be shelved. But then the author would need to take out the endless attempts at Black language, wouldn’t she?

There are better books to stack on the bedside table or take to a desert island. Which is a shame, because Elizabeth George can really spin a great investigation when she’s not trying so hard to teach the shocking discoveries she has made in her own explorations.