Sofonisba's Lesson: A Renaissance Artist and Her Work 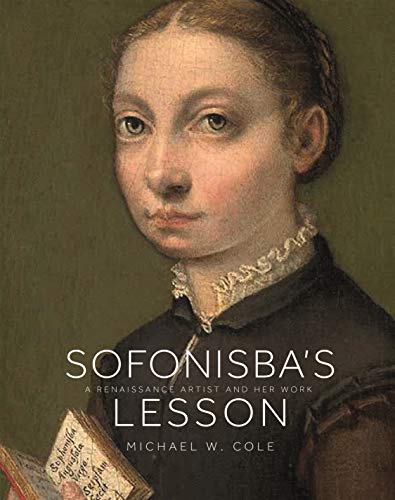 Renaissance thinking was not just about making men smarter, more intellectual, and open minded (although who would complain about that happening!). There were also women at work learning, growing, and participating in the 1500s. One such women was Sofonisba Anguissola (c. 1535–1625) who was smart, witty, poised and confident, and more important, respected as an impressive artist in her own right—highly regarded by Michelangelo himself.

Sofonisba's Lesson tells the story of how it was possible for a young Cremona woman to make a name for herself in the competitive man’s world of 1550s Italy and further afield in Spain. Cremona, nestled in a center-point between Milan, Turin, Genoa, Florence, Bologna, and Venice, had a strong cultural heritage particularly in music and claims to be the home of violin makers including Stradivarius. This is the location where Sofonisba was “allowed” to paint.

Amilcare, Sofonisba’s father, was incredibly progressive and sophisticated when it came to raising his family of daughters and only one, the youngest of the tribe, son. The education of girls was a controversial topic, but Amilcare seemed to appreciate that education could double as pleasurable entertainment and could keep family life vibrant and interesting. The fact that his daughters showed aptitude kept the momentum going, enabling Amilcare to stand his respectable ground when it came time to send Sofonisba and her sister out into the world to learn to paint from, and reside with, a local master. He did so with strategic intention and pride in promoting his daughters’ accomplishments. Amilcare knew how to play the system and taught Sofonisba the rules of engagement as well.

Cole follows a thread of continuing education throughout the book and links learning with Sofonisba’s artistic subject matter. Her artwork displays her talent but also makes a statement about the family’s philosophical, political, and socio-economic opinions. From The Chess Game to Portrait of Minerva, Amilcare, and Asdrubale Anguissola and all of her many self-portraits—even her drawing works on paper—each painting teaches the viewer something about learning, education, relationships, culture, and emotion. Sly facial exchanges lend mystery and perhaps irony to what could possibly be going on in her mind regarding the family and societal environment around her. Potential for sarcasm, multiple meanings, and symbolisms offer more depth to Sofonisba than initially meets the eye.

Through her paintings we see an articulate young lady who appears incredibly self-possessed, fully aware of the dynamics in play all around her, able to integrate into the scene and contribute to the pleasure of others. She knows who she is, and how she fits in. Indeed, the Spanish royalty took notice of her, and Sofonisba was requested to join in the court as painter to Her Majesty Isabel. She became part of the royal household and was seen as a pleasure to have around. This speaks not only to Sofonisba’s painterly skills, but to her disposition and character as well, which pleased the king and queen.

Having run through the biographical information intrigued and entranced, the reader will hit upon the catalog of works without even realizing it; Cole writes with a style that is both thought-provoking and relatable, his subject matter indelibly endearing.

Cole smartly divides up the catalog into four sections based upon the level of attribution of each painting. Some paintings are indisputably from Sofonisba’s hands, while others are still under review, so to speak. The catalog is detailed beyond comparison and any statistic one could possibly want to know is listed with the painting. No one will ever fault Cole for not being thorough.

Pulled together, the two parts of Sofonisba's Lesson are both an incredibly well done monograph and a life-long catalog raisonné that will make one pine with dismay the lack of recorded information on other women of the Renaissance who, if they were even half of what Sofonisba was, would still be beneficial to us today.