Socrates in Love: The Making of a Philosopher 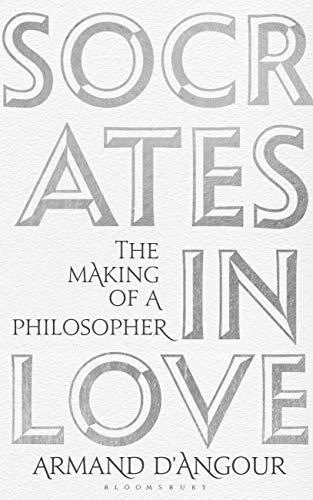 "D'Angour writes for a general audience without losing the reader or the subject of Socrates in Love: the complexities of Greek philosophy."

Socrates remains one of the most famous persons for whom so little survives of the real person. "He was the most unusual and original thinker of his time, and the legacy of his life and death made him a moral and philosophical hero for subsequent generations," according to historian Armand D'Angour in one of the books of a new genre that brings to life classical personages of the ancient world for a new audience.

D'Angour writes in Socrates in Love of the two main sources for Socrates' life, Plato and Xenophon, "neither author will have known Socrates well in person for much more than a decade, and both will have encountered him only as an older man." Both of these very different men "write with fondness and admiration for Socrates" and therefore prejudice.

How then does an author write more about Socrates than of "an extraordinary and original thinker who was always poor, always old, and always ugly"? Why too did writers like Thucydides omit any mention of Socrates?

Most importantly, D'Angour asks, "What transformed a young Athenian man, allegedly from a humble background and of modest means," D'Angour asks, "to dedicate himself to a philosophical quest quite distinct from the philosophers before him"? The author chose to explore and not "overlook crucial, if scattered, strands of evidence of his adolescence and early manhood."

"Many of the answers, "the author claims, "are, it turns out, hiding in plain sight." Putting it together, the result "is surprising, fascinating and shocking." Socrates in Love tells a story of love philosophy, theater, and war but always in the context of Socrates in deep thought, on a great journey of learning.

The subject of Socrates in Love comes across as more than a man obscured by ancient plays or "mainly as a thinker, a questioner, and a debater." He was a stonemason; a soldier who "marched through snow and ice in bare feet;" in middle age loved in every way "the stunningly handsome" Alcibiades; and "stood in front of a hostile chamber, and possibly before an angry mob" in a failed effort stop a mass lynching.

Socrates as a teenager likely studied and under the heretic rationalist Anaxagoras and likely traveled to Samos to study under the metaphysical Melissus. His greatest discovery came in learning that he had find another path to truth.

Any biography of Socrates will always have huge gaps that no one will honestly fill. Even D'Angour uses space in this small book to give fictionalized passages, based in historical fact, of what Socrates only likely experienced.

D'Angour writes for a general audience without losing the reader or the subject of Socrates in Love: the complexities of Greek philosophy. Other interpretations of this life exist but few will serve as well as a first introduction to Socrates.