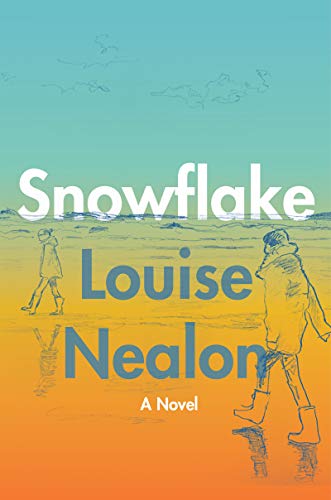 Louise Nealon has been, fairly and unfairly, compared to Sally Rooney, and with her first novel, Snowflake, she seems poised for prizes and movie adaptations. A few years ago, Nealon graduated from Trinity and then shortly after received a master’s degree in creative writing from Queen’s University in Belfast. Before she could utter the incantatory words Sally Rooney, her novel was published, she was declared the “next Irish literary obsession,” and because of her unaffected style and popular subject matter (teenage angst and the complications of university life), she has become the heiress to the throne. Much, if not all, of the praise for her skill as a writer and the comparisons to Sally Rooney are deserved.

The protagonist of Snowflake, Debbie White, is reminiscent of Marianne Sheridan in Rooney’s Normal People. Like Marianne, Debbie is smart and sensitive, with equal parts wit, grit, and low self-esteem. Actually, Debbie will also remind readers of Frances in Conversations with Friends and Eileen in Beautiful World, Where Are You? Debbie has inherited all the psychological fractures, all the family frailties, and all the yearnings and internalized and externalized self-doubts that are hallmarks of Rooney’s Irish mythos. Nealon’s narrator in Snowflake, Debbie, an 18-year-old farm girl whose acceptance into Trinity has compelled her to leave her emotionally knotted but socially safe rural life on the farm to commute to Dublin, has to learn how to survive in the city and what often feels to her like the incomprehensible world of university life.

Debbie’s family—her stargazing, storytelling Uncle Billy and her often unstable mother, Maeve —is a clan of troubled dreamers, all of them, including Debbie, slipping in and out of sleep and wakefulness as if Joyce had imagined them for Finnegans Wake. Their dreams become for them stories that prophesy the troubles and tragedies that will infiltrate their lives. Maeve believes both she and her daughter dream other people’s dreams and experiences. Maeve, like Cassandra, feels she sees what will happen but can’t get anyone to listen.

Maeve’s dream life is part of her own unraveling, leading her eventually to a stay in a mental hospital and a bipolar diagnosis. Uncle Billy, who runs the farm and finances both his sister’s care and his niece’s college education, at first appears to be protected by a tough, pragmatic Irish humor. He seems invulnerable until he tries to hang himself in the caravan he lives in like a traveler on his own farm. Everyone in the novel—even Debbie’s beautiful and brilliant college friend, Xanthe—struggles mightily with issues of low self-esteem that borders on the pathological.

It may be just a coincidence that images of snow abound in the novel, that at one point in the story the characters deal with the worst snowfall in Ireland in 25 years, but the ineluctable mystery of the snowflake in the novel reminds the reader of James Joyce’s most brilliant short story “The Dead.” Like Joyce’s story, Nealon’s Snowflake is about compassion and acceptance, about the difficulty in aligning one’s dreams with reality. Nealon navigates that territory well, making the reader empathize with her damaged characters, allowing an understanding of depression and its consequences, and fashioning out of eccentrics and outcasts a company of ordinary heroes.

Michael Pearson is the author of a novel and six nonfiction books. His most recent title is Reading Life: On Books, Memory, and Travel. For ten years he directed the graduate program in Creative Writing at Old Dominion University, and for three decades he taught courses on travel writing, narrative nonfiction, and American literature there. His numerous articles, stories, and essays have appeared in publications such as The New York Times, The Atlanta Journal, The Washington Post, The Literary Review, the Southern Literary Journal, and many others. He is currently writing his second novel and a memoir about his Irish grandfather.