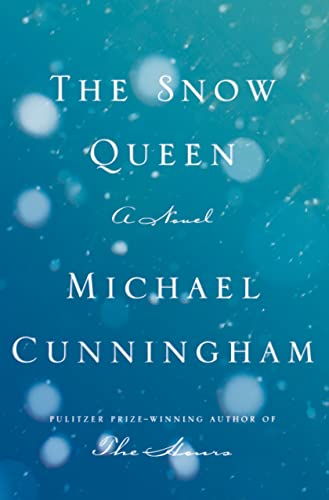 “The Snow Queen is an oddity. In some ways a parody of a Michael Cunningham novel, in other ways, a splendid dip into a deep well of literary thought.”

Smells come in layers in the pages of Michael Cunningham’s new novel The Snow Queen. Many smells in many, many layers.

“Barrett enters Andrew’s penumbra of scent—bottled, it could only be called Boy. There’s the strangely unsour emanation of sweat (Andrew exudes nothing fetid, his sweat has no correlation or comparison, it is simply clean, and carnal, with perhaps the faintest hint of oceanic salt). No cologne of course, no deodorant, but a citrus something, a hint of juice and tartness; soap or lotion, maybe just lip balm, a lurking fragrance that’s been purchased and applied.”

Nothing perhaps, no other aspect of life in New York, whether it be the Great Lawn of Central Park where something curious happens, or the outland of Bushwick where our odd family lives (more on them in a minute), is so vibrantly alive as are those smells—all of which seem to have that same base note of Boy.

This is the tale of Barrett, his brother Tyler, and his wife Beth who share the apartment in faraway Bushwick.

It is, as the title suggests, vaguely linked thematically with Hans Christian Andersen’s “The Snow Queen,” a brief extract from which welcomes the reader to the book:

“Vast and cold were the halls of the Snow Queen. In the midst of the castle’s empty, endless halls of snow was a frozen lake, and in the center of this lake sat the Snow Queen. She called the lake ‘The Mirror of Reason,’ and said it was the best, and indeed the only one, in the world.”

You remember “The Snow Queen.” That speck of ice that makes the boy’s heart go cold. It is mirrored here, where Tyler stands by the window that is cracked open against the raging hiss of the radiator in that Bushwick apartment:

“As the miniature flurry blasts over him, a cinder blows into his eye; or, no, some obdurate microscopic ice crystal, like the tiniest imaginable sliver of glass. Tyler rubs his eye, can’t seem to get at the speck that’s embedded itself there. It’s as if he’s been subjected to some minor mutation, as if the clear speck had attached itself to his cornea, and so he stands with one bleary and watering eye, watching the snowflakes hurl themselves against the glass. It’s barely six o’clock. It’s white outside, everywhere.”

Pretty nifty description, that “obdurate microscopic” depiction aside, and pretty good set up to what might have lurked ahead had the author dedicated himself more precisely to his selected task.

Instead, things go kind of Song of Bernadette—if Bernadette had been given to long internal monologues about the visions she had seen or used her experiences as party anecdotes in bars and cafes and at New Year’s Eve parties all over the five boroughs of New York.

The Snow Queen is an oddity. In some ways a parody of a Michael Cunningham novel, in other ways, a splendid dip into a deep well of literary thought.

At its core are some of the threads that have already woven throughout his previous works: the dance between the sacred and the mundane, the origami of curious relationships.

Here that curious pairing (if that is the apt word—it sort of is and sort of falls short of what it is that Barrett and Tyler and Beth are up to) is in the aforementioned low rent district, where Beth sits in the Center Square, bringing the money (with her chic/edgy vintage clothing store that dapples with other objects d’art like skateboards) and giving her brother-in-law employment while her husband, the icy-eyed Tyler writes songs and contemplates a career in music years after most guys have put their guitars up in the attic and gotten on with life. Strongly recalling the dynamic (gay man, straight man, and straight woman, all living under one roof) among Clare and Bobby and Jonathan in Cunningham’s previous novel, A Home at the End of the World, gay Barrett plays “alternate husband” to Beth, who wrestles with cancer and Tyler hovers rather lovingly, in spite of that shard of ice.

Added to this is the mysterious moment of clarity, the Light in the Sky that Barrett experiences while walking in Central Park and brooding about the sudden ending of a love relationship. The moment is presented like this:

“There it was. A pale aqua light, translucent, a swatch of veil, star-high, no, lower than the stars, but high, higher than a spaceship hovering above the treetops. It may or may not have been slowly unfurling, densest at its center, trailing off at its edges into lacy spurs and spirals.”

More important than the light itself is this:

“In his uncertainty, his immobility, standing stolid in Timberlands, it came to him. He believed—he knew—that as surely as he was looking up at the light, the light was looking back down at him.

“No. Not looking. Apprehending. As he imagined a whale might apprehend a swimmer, with a grave and regal and utterly unfrightened curiosity.

“He felt the light’s attention, a tingle that ran through him, a minute electrical fuzz; a mild and pleasing voltage that permeated him, warmed him, seemed perhaps ever so slightly to illuminate him, so that he was brighter than he’d been, just a shade or two; phosphorescent, but pinkly so, humanly so, nothing of a swamp gas about it, just a gathering of faint blood-light that rose to the surface of his skin.”

Lacking the sense of illumination that Barrett felt in Central Park, the reader, taking all this in, pictures F. Scott Fitzgerald’s roadway sign of the eyes of Dr. T. J. Eckleburg thrust up in the nighttime sky over Central Park, staring down at the hapless Timberlanded Barrett, who stares right back at him.

Eckleburg and the aqua light seem to have much in common.

The pages of The Snow Queen are haunted by images, allusions, and ideas from other works of literature, including Cunningham’s own—all shaken in a snow globe in order to delight the reader. And yet none of them congeal; nothing comes together as the reader hopes it might. Enlightenment is reduced to table talk. Life and death seem dreary concepts. And miracles, it seems, are largely comprised of lies.

In the novel’s best moment, Beth goes for a walk late at night on a New Year’s Eve when the life that seemed to be closing in on her is now suddenly repurposed, possible. And she wonders:

“Did Persephone sometimes find the summer sun too hot, the flowers more gaudy than beautiful?  Did she ever, even briefly, think fondly of the dim silence of Hades, the cold and barren nowhereness of it? Did she yearn, occasionally, for her winter release from abundance, from a world that demanded happiness of her, a world so rife with wonders that the garland and the dance were all but mandatory?”

Beth looks up from her own moment of clarity to see the strand of Christmas lights illuminating her apartment window. And the reader shares with her a tingling of possibility.

Only, like Beth’s own, the reader’s sense of hope soon fades as it is overwhelmed by the layers and layers of smell and soliloquy permeating the pages of Cunningham’s novel.