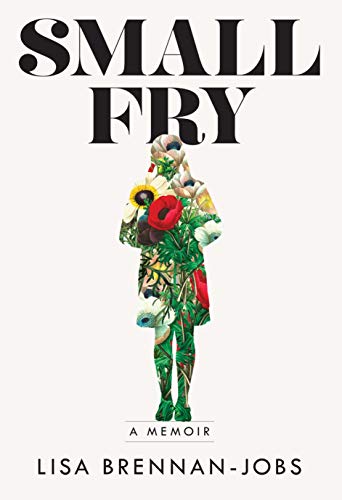 “Lisa Brennan-Jobs is a very good writer who has somehow managed to dredge up debilitating memories without feeling sorry for herself. It’s a compelling read.”

After reading this memoir about life with her famous father Steve Jobs, one comes away feeling that author Lisa Brennan-Jobs must be the most even-tempered woman on earth. That’s what a bastard Jobs is, and that word does not begin to describe him.

But Brennan-Jobs is nothing if not understanding. Even in the title, she takes it easy on Jobs. She could easily have called this “The Cruelest Man in the World” and it’s doubtful anyone would have argued.

Steve Jobs may have been a visionary but, as has been well-documented elsewhere, he could be a son of a bitch and was an eccentric of the first order. And his first child Lisa seems to have taken the brunt of it. The story is different and powerful when it’s from the point of view of a child.

There’s nothing like primary sources. For all the books written about Jobs, this one means more because it’s so intimate. Brennan-Jobs lived in Job’s house and got nearly a daily primer on how cruel and nutty he could be—although there were moments of humor and love sprinkled here and there.

As the book makes clear, there were special moments and eventual love between father and daughter. Jobs wasn’t a total jerk 100% of the time but he was capable of so many emotionally cruel moments that there are almost too many to catalog.

The stories go on and on and they are insightful as they are fascinating. It’s almost hard to believe Jobs is a real character. Scrooge had nothing on him. In one heartbreaking turn, Brennan-Jobs, then a young teen, feels so lonely in her father’s house that she asks if maybe he’d say goodnight to her each night. He simply says “No.”

And then of course comes the end. The deathbed scene is almost clichéd. You know that well-worn trope that no one on their deathbed wishes they had more time at work? Well, it proves true for Jobs, the workaholic.

When he’s reduced almost to a bag of bones and hard to look at, he tells his daughter that he wished he had spent more time with her. “I’m so sorry, Lis,” he cried and shook his head from side to side. . . . ”I wish I could go back. I wish I could change it but it’s too late. What can I do now? It’s just too late.”

This is an emotional read, a story that leaves you shaking your head not only at Jobs but at Lisa Brennan-Jobs as well. Children really are resilient and they really do love their parents almost no matter what. For all his genius, there’s little doubt who is the better person. One can’t imagine a better book about one of the greatest visionaries of our time. Certainly there won’t be another so revealing.

The stories are so shocking that it might be easy to miss the underlying truth about this book—Lisa Brennan-Jobs is a very good writer who has somehow managed to dredge up debilitating memories without feeling sorry for herself. It’s a compelling read.