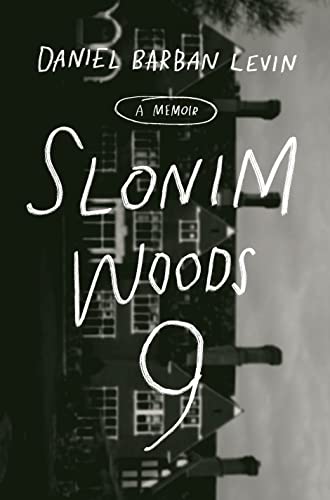 Some stories are hard to believe, and this is one of them. News of the so-called “Sara Lawrence sex cult” already has received a lot of press and that’s a good thing because, otherwise, a reader might suspect Daniel Barban Levin’s account is exaggerated. Facts say otherwise, and the life that Levin lived as a brainwashed insider in the cult is spine-chilling.

At the start of the book, Levin faces a tall order. He must explain how and why a group of intelligent college students, male and female, would allow a middle-aged, portly former con to live with them in their student dorm. Even more unbelievable is the power Larry Ray ultimate wields over every aspect of their lives. Eventually, Lawrence “Larry” Ray has so much control that he exploits his daughter’s female friends for sex.

How does Larry Ray do it? As Hemingway wrote, “Gradually, then suddenly.”

Daniel Levin is very much your typical college kid from a suburb of New Jersey who writes poetry and decides to go to Sarah Lawrence, formerly an all-female school, partly because he hears that poetry there is akin to being on the football team at a Big Ten college.

Levin falls in with a group of fellow students who, like a lot of young adults, is filled with self-doubt. As he writes: “I believed there was some quintessential person, a confident, impressive version of myself chained up inside, trapped by my fear, who said with ease the things that I imagined myself saying when I was lying awake at night.”

Nothing out of the ordinary there except that one of Levin’s housemates include a woman named Talia whose father is about to get out of prison. Talia tells everyone her father Larry was set up by her mother, his ex-wife, and Bernard Kerik, the former NYC police commissioner who later spent time in prison himself.

But Talia says there is a different truth about her father that she is happy to tell: “Larry, we’d learned, was an incredible human being. He’d been a marine, and then spent years working for the Defense Intelligence Agency. He’d been a liaison for Mikhail Gorbachev when he visited the United States. He’d helped negotiate the end of the Kosovo War, and had a letter to prove it. . . .”

Talia is a total believer in her dad and, because he has nowhere else to go, she asks her roommates if he can move in. They agree and Larry takes them by storm, using his bombastic yet convincing personality to make them believe he’s the only one who can help bring out their true inner selves.

Levin is skeptical until one day at Starbucks when Larry corners Levin and does his Svengali thing. He plays on Larry’s inner fears, delving deeper and deeper into Levin’s relationship with his parents until suddenly, day has turned to night. Levin feels good and wants more of what Larry is selling. So do a handful of Talia’s friends and, before long, they’ve moved out of the dorm and into an apartment in Manhattan.

The apartment becomes a dump and it soon becomes clear to the reader that Larry Ray is nutty as a fruitcake. He often spends his entire day “working” in the only bathroom in the apartment. No one else is allowed in there when Larry is doing his thing, and no one is quite sure what that thing is except he always has envelopes of cash and a limousine ready to take them anywhere. That alone makes him very impressive to this rag-tag group of wide-eyed college students.

All of Larry’s charges, the four or five students who live in the apartment, must sit and wait for Larry to do anything—go to the bathroom, begin to prepare dinner, go out shopping. The students are broke and depend on Larry for everything.

It’s classic cult leader behavior but Levin takes a very long time to admit that to himself. Half the book, the reader is desperate for Levin to wake up to Larry’s outrageous behavior. It’s the driving force behind the book and the reason to keep reading. Levin does a masterful job portraying Larry as the cult manipulator he is, piece by piece. The idea that Levin was able to put his thoughts down on paper and write this “Alice through the Looking Glass” tale is the redemption the reader was hoping for.