A Sky for Us Alone 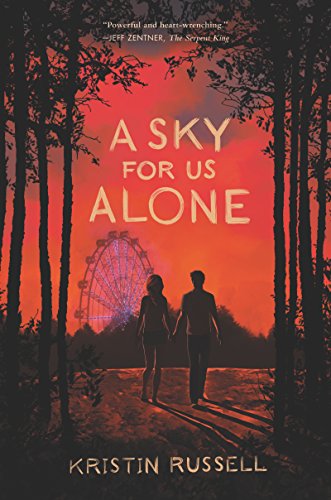 "A Sky for Us Alone strives to be a novel of social commentary touching upon a wide variety of issues including drug abuse, economic inequality and hardship, fractured families, domestic violence, mental illness, and political corruption."

Recently Appalachian settings have become literary shorthand for desperation. The characters of A Sky for Us Alone take that stereotype to the extreme. These people are more than desperate; they are past caring, so numb and removed from the rest of the world that they cannot even conceive of a life beyond their valley and feel powerless to determine their own fate. Except for a pair of brothers, Harlowe and Nate, who are determined to find a way out.

The novel opens with a line that promises an emotionally charged story: “Heat makes people do crazy things—hate does too.” But despite Russell's occasionally elegant prose, it's difficult to truly engage with characters who seem as beholden to the author's immediate plotting needs as they are to the rich and powerful men who hold their fictional lives in thrall.

In the first chapters, Harlowe’s beloved older brother, Nate, is found bleeding on the family porch. No one asks if he's alive, no one begins first aid or calls for an ambulance or doctor, no one tries to chase after the man who presumably left him there and is seen driving away.

Instead, the first words his loved ones utter upon seeing his bloody body are, "Call the sheriff." And yet this is mere formality. They expect no justice from the law. Indeed, when the sheriff arrives he proclaims, “Maybe it was a hunting accident. Maybe he found Nate somewhere and did the right thing in bringing him back to his family. As anyone with a sense of right and wrong would do.” This twisted logic reveals exactly how powerless Harlowe’s family is when it comes to any hope of law, order, or justice for their murdered son and sets the tone for the novel.

Within a few hours—after the gunshot wound is closed with duct tape, “his secrets taped shut in there too”—the body is buried in the front yard with a shiny new tombstone, the blood is covered up with an old rug, and the dead boy's mother is collecting an insurance check from the coal mine while his little brother is falling in love at first sight with the mine's new foreman's daughter.

As charming as the love story between the main character, Harlowe, and the distractingly-named Tennessee is, it can't make up for the clichéd characters and plot devices that weigh down the main action of discovering the hows and whys of Nate’s murder.

Harlowe's amateur investigation moves so slowly and dispassionately that it seems an afterthought on behalf of both the author and Harlowe himself. Russell attempts to ramp up the action with scenes of unprovoked, random violence, however Harlowe’s passivity as he meekly accepts his role as a victim feels less than genuine.

One saving grace of the novel is that, despite everything, Harlowe is eventually able to find the strength and courage to follow his dead brother’s dream of escape and embrace the possibility of a life beyond their valley.

A Sky for Us Alone strives to be a novel of social commentary touching upon a wide variety of issues including drug abuse, economic inequality and hardship, fractured families, domestic violence, mental illness, and political corruption. Unfortunately, while these social injustices are all of concern in present day Appalachia and deserve to be explored in depth, this story fails to bring them to life, instead scraping at their surface like the mountain top removal mines surrounding Harlowe’s home, leaving the reader ultimately as numb as its characters.