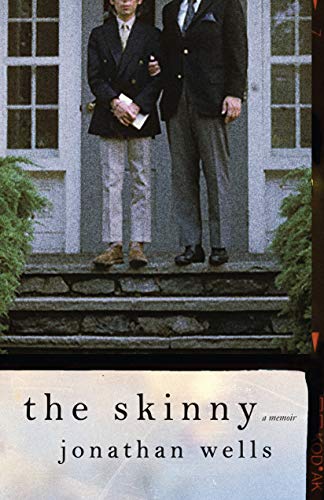 This is an enthralling and deceptively small book built around, at first sight, a rather unpromising story line concerning the prolonged struggles of a skinny, underweight boy against the efforts of his family, schools (in the US and Switzerland), and society at large  to transform him into the stereotypical alpha American male.

One of the great joys of the book is the contrast between its limpid even deadpan style, and the often dramatic events being related. This happy juxtaposition is seen at its best in the many, though characteristically short, chapters dedicated to his parents, and particularly to his father, who is his main adversary.

Family life chez Wells is never over-analyzed in psychological or sociological terms, but rather presented as a mosaic of snapshots—reflecting an observant and unhappy child’s eye-view—that coalesce into a family album of variegated and largely unintentional abuse. The low-key presentation makes even the most outlandish events (such as the installation in their house of Adnan, the Sufi) seem plausible. While the inclusion of a few more dates would have been helpful, their presumably purposive absence adds to the dream-like unfolding quality of the memoir.

The author’s mother, Jean, described as “mercurial,” listens to cassettes of Dylan Thomas’ poetry in her car and does needlepoint. She is passionate about French cuisine, provided that she can train their Ecuadorean cook, Marianita, in the necessary skills. Jean exchanges confidences with Jonathan, her eldest son, in the privacy of her dressing-room as she is selecting hairpieces, dresses, jewellery, and perfume (Hermès “Calèche”) for a night in, or out, a scenario that leads the reader to anticipate the classic Freudian denouement in terms of Jonathan’s development.

Arnold, the author’s father, who has inherited a lucrative family business hiring out television sets to hotels and hospitals, listens to Bach in his chauffeur-driven Cadillac on the journey to New York City and back, and “for a man who mostly read balance sheets” is an avid short story reader (O’Henry, Saki, and Chesterton). His hotel on business trips to Paris is the Georges V. Marital fidelity does not seem to be his style, and indeed before the end of the book the Wells’ marriage is over.

Despite or because of their concern with the trappings, material and immaterial, of a “cultured” lifestyle, neither parent seems to be much interested by ideas on modern child-rearing for their four children though the author’s siblings are glimpsed only fleetingly. In order to “bulk up” his son to face the world, Jonathan’s father institutes a regime that includes brutal exercising, outsize chocolate milk-shakes, consultations across a range of medical and quasi-medical specialities, and visits to and from prostitutes.

After years of reluctant acquiescence, Jonathan (now weighing in at 104 pounds) begins to rebel against his father’s program for him. One of the most cathartic and hilarious episodes takes place at the family dining table when, responding to his father’s request to demonstrate his fluency in French to Adnan the resident Sufi and other guests (who like his father do not understand the language), he comprehensively insults his father to his face.  “Dad seemed delighted by my authentic accent, the mellifluous sound of the language and turned to his guests who smiled back.” This proves to be an important milestone on his road to self-acceptance as “a small-boned ectomorph, not a freak,” and to his father’s reluctant acknowledgement that he may now be fixed. The author lives happily in Connecticut with his wife, and, yes, four children.