The Sixes: A Novel 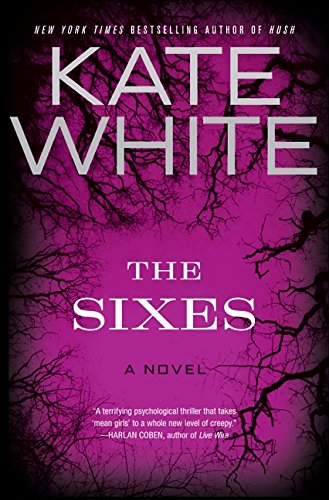 “All the elements are there, they just lack the energy to jump off the page.”

Phoebe Hall’s life has begun to unravel. Her long-term boyfriend has just broken off the relationship when she is accused of plagiarizing her latest bestselling celebrity biography.

Looking for a quiet place to put her life back together, she jumps at the chance to leave Manhattan and teach at a private college in Pennsylvania run by her former boarding school roommate.

Not long after Phoebe arrives, the body of a female student washes up on the banks of the nearby river and a number of dark and deadly mysteries begin to emerge. One of those mysteries involves a powerful secret society known as The Sixes.

Well, so says the blurb for this latest novel by Kate White, but does the story live up to the promise?

The biggest mystery is why a respectable college would actually want to hire a writer tainted by plagiarism to teach, um, writing to their fee paying students. And why such a person would be asked to investigate potentially serious shenanigans rather than inform the police.

Ms. White is a perfectly competent writer, though some of the prose is too passive, and it’s easy to get distracted by counting the number of times she uses the word was on one page. Unfortunately, while the plot is complex and well developed, it is formulaic and reads like so many other books. All the elements are there, they just lack the energy to jump off the page.

The Sixes is a respectable read that will likely appeal to lovers of soft high school mysteries that avoid suspense and terror. Perhaps the biggest disappointment is that the very secret society after which the novel is named turns out to be such a damp squib.

There must be tens, if not hundreds, of such books languishing in publishers’ slush piles, and readers may be forgiven for wondering why this one made it out.