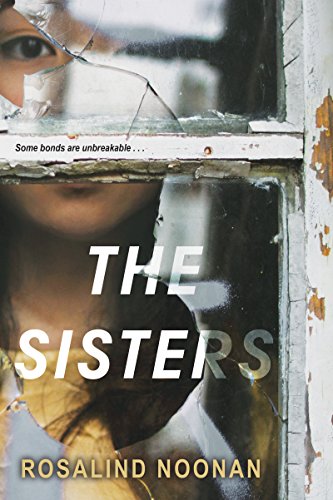 What kind of mother would take her two little girls to a fire station and walk away leaving them behind? Why would a mother do that?

Glory is married (against her mother's wishes) to Winston, a man she loves dearly and who dearly loves her in return. But when the oil refinery he worked for shut down, he went to Alaska to get one of those high paying pipeline jobs he'd heard so much about. She didn't expect him to be gone long. Just long enough to send money home so they could catch up on their debts and add to their savings.

In Alaska, Winston finds those jobs aren't as plentiful as he'd been told. Winston waits for work. Glory waits for paychecks that don't show up:

Helpless and distraught, Glory watches the bills pile up. The nest egg they'd been putting aside to buy a house they could afford is quickly depleted. Rent on their tiny apartment is behind. Glory's meager savings from her job as barista at the mall don’t cover it. On top of all that, someone calls the county and now a social worker is coming around. Knocking on the door. Asking the neighbors questions. About her. About what kind of a mother she is.

She wants Winston back and their family together again. The last she's heard from him, he was driving up to the Arctic Circle to see about a job. But that was nearly a week ago. Angry, fearful, lonely, worried sick, and exhausted from caring for two little ones, Glory comes to deeply resent the constant demands made on her. No money, no sleep, no friends, no time to herself.

Almost no time and no friends. There are those few minutes she gets to sit with the women in the food court at the mall, but she has to bring Ruby and Aurora along. Those women are barely more than acquaintances, and she envies them. Envies their childless freedom. Their carefree companionship and sisterliness. They all live in the same house and are well cared for by the man who sits at their table with them. His name is Leo.

Then she gets the worst news ever. Winston is dead. He's succumbed to loneliness, then depression, then drink. His car goes off the road into a ravine. He's been there for days. Days while she waits, desperate and vulnerable, to hear from him. Glory shares her despair with Leo and the sisters in the food court at the mall:

"She told them about the phone call from the Yukon State Trooper. The unpleasant phone calls with Winston's aunt and sisters . . . the lack of welcome in Rosalie's voice."

The food court sisters respond with love, and Leo offers to help:

"We have a place for you to live. We'll keep you safe and protected and well fed. But you will have to work like the other sisters. We can get you a job at the hotel cleaning rooms. It doesn't pay much, but it will cover your room and board."

But there is a catch. Ruby and Aurora weren't welcome: "We can't have children in the house."

Conflicted, but with no place else to turn, Glory makes the decision to exercise her right to abandon the little girls under the Safe Haven Law, and move into a house with women who, like herself, have either lost it or gotten lost.

Twelve years later, teenage Ruby begins a search for her mother, and one day finds her walking through the mall.

This might seem like the end of the story, but it's only the Prologue and Part One. Glory's troubles are not over. Neither are Ruby's and Aurora's.