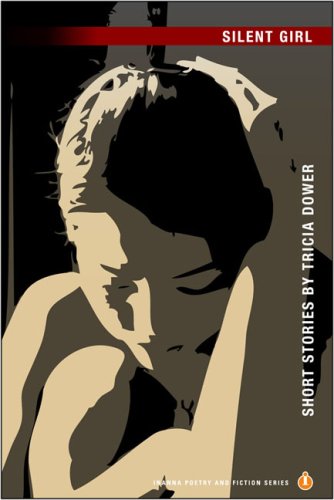 Hamlet’s Gertrude. The Taming of the Shrew’s Katherina. Othello’s Desdemona—the trials and tribulations of Shakespeare’s immortal muses provide the narrative thread that weaves together a collection of eight short stories by Tricia Dower. The timeless nature of the Bard’s female protagonists blends seamlessly into the contemporary feel of Silent Girl.

It is a modern masterpiece. Inanna Publications and Education, Inc. is to be commended for promoting the work of such a gifted writer. The publisher receives support from the Canada Council for the Arts and The Calgary Foundation for recognizing emerging talent. Dower’s work is certainly deserving of the spotlight.

Each story has the power to stand alone, yet together their cohesiveness makes an all-encompassing statement on what it’s like to be a woman regardless of age, location or race. Dower’s fluid imagination is masterfully captured in the flawless technique of her prose. The substance of her ideas is expressed in a style that is both page-turning and thought-provoking.

This world to me is like a lasting storm.
—Marina in Pericles

“Silent Girl” is the headliner of the collection. The chaos of the 2004 Asian tsunami upends the life of Matsi, the title character. She is a Canadian citizen of Asian heritage vacationing in Thailand when the giant wave carries her mother away. The Wong family promises to bring Matsi home with them to Canada while her father remains to continue the search; however, the Wongs sell Matsi into the illegal sex trade. Her captors believe she is a native Thai citizen, and by remaining silent she withholds her true identity. As she clings to survival in a child prostitution ring in New Orleans, she finds herself in the midst of Hurricane Katrina.

I have done nothing but in the care of the /
Of thee, my dear one, my daughter.
—Prospero to Miranda in The Tempest

“Not Meant to Know” depicts Linda, an 11-year-old girl in 1950s New Jersey who inadvertently learns about the facts of life from the troubling actions of those around her. The promiscuous defiance of her best friend. The unexpected death of a neighborhood recluse. The secret in her father’s coat pocket. The innocence of her childhood is lost over the course of a summer.

I see a woman may be made a fool /
If she had not the spirit to resist.
—Katherina in The Taming of the Shrew

“Kesh Kumay” means “chasing the kiss.” Dower was inspired to write this story by the documentary The Kidnapped Brides based on the rural tradition in post-Soviet Kyrgyzstan. The main character Kyal is a university student who returns to her family’s primitive existence. A man is chosen for her to marry, but unwittingly she finds he is of an open-minded nature. Beneath the surface of the male dominated environment, women like her grandmother hold more power than Kyal’s modern sensibilities take into account.

I, that please some, try all.
—Time as Chorus in The Winter’s Tale

“Deep Dark Waves” turns gender stereotypes about violence on their head. Sona’s husband disappears with the couple’s newborn daughter. As details of their married life emerge, it is revealed that she wanted her husband to physically assault her. Utterly desperate to break out of her emotional numbness, she cares little for the guilt she inflicted on her husband.

Emilia: O, who hath done this deed?
Desdemona: Nobody; I myself.
—Othello

“Nobody; I Myself” delves into the topic of interracial marriage. An African-American husband returns home broken from a tour of duty in Vietnam. His Caucasian wife sacrifices everything to help him emerge from the abyss of his post-traumatic stress.

All that lives must die / Passing through nature to eternity.
—Gertrude in Hamlet

“Passing Through” relates how a son feels betrayed when his mother takes up with his uncle after his father’s death. The conflict upends the fate of the family farm. The anguish of the son is told through the eyes of the mother.

Love sought is good, but given unsought is better.
—Olivia to Viola in Twelfth Night

“Cocktails with Charles” depicts the relationship of Mira and Angel, two single women who are trying to make ends meet. As a mother of two young boys, Angel is contemplating marrying a man she doesn’t love in order to provide her children with financial stability. Mira implores her friend not to give into such a marriage and tries to convince her that the two of them are better off shifting for themselves.

I sprang not / more in joy at first hearing he was a man-child / than in first seeing he had proved himself a man.
—Volumnia in Coriolanus

“The Snow People: 30–46 AGM” is a futuristic tale of a community of albinos, The Snows, oppressed by a more technologically savvy society, The Rainbows. With man’s destruction of the environment, coastal flooding leaves a sparse amount of land for the remaining population. Hope seems lost until the teenage boy, Akin, receives a prophetic dream that might lead to the salvation of The Snows.

Overall, this collection is a tour de force from an author employing Shakespearean characters as a springboard for illustrating the condition of modern women.