The Silence of the Girls: A Novel 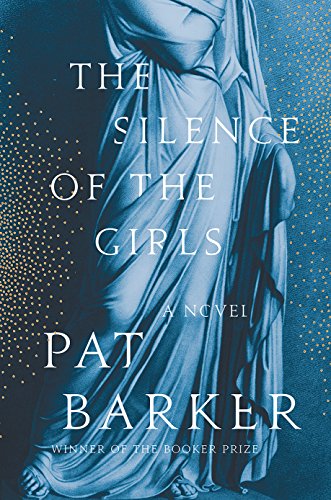 “The Silence of the Girls is magnificent. It is a novel that lays open all the human experiences that the Iliad buries.”

The Silence of the Girls enters the world of the Iliad through an unexpected door: Briseis, the barely-seen woman at the center of Achilles’ feud with Agamemnon during the Trojan War. When Agamemnon is forced to give up his own war prize, he demands a new one in recompense, and takes Achilles’ woman, to humiliate Achilles as much as to re-establish his own honor. Achilles, furious, withdraws from the war. Only when his beloved companion, Patroclus, is killed, does Achilles reenter the war. He kills dozens in a storm of fury before he is finally slain.

Sing, O Muse, of the wrath of Achilles.

The Iliad is one of the oldest works in Western literature. It contains no surprises. Like most ancient texts, it is a record of actions with little focus on the characters’ inner lives, and as such is a kind of anti-novel. Pat Barker’s story is necessarily shaped by events recorded thousands of years ago. Her focus, though, changes everything. Briseis narrates most of this anti-epic, and nothing she sees would inspire a muse. Achilles is her rapist, her shelter, and her inescapable fascination. Her trauma soaks the novel and strips away illusions of glory. She reminds us that war is the name given to blood, suffering, and loss.

Though most of the book is given over to Briseis, selected chapters are narrated in third person, and these follow Achilles and Patroclus. The relationship between these two men is the Iliad’s emotional heart. Scholars have argued for decades that the two must have been lovers, that only a sexually intimate a connection could trigger Achilles’ devastating rage and grief.

Barker doesn’t discount this idea, but she suggests that their relationship is more complex. Barker’s Achilles and Patroclus are bound by their early losses of family, their shared history, and their convoluted emotional needs. She doesn’t shy from their sexuality, but she provides glimpses into a love story far more emotionally fraught than scholars usually dare to suggest.

Barker is a master at chronicling trauma. Her Regeneration trilogy explored WWI through shell-shocked soldiers and the pioneering psychiatrist who sought to treat them. Barker’s characters drown in witnessed horror, devastating injuries, the pain of others, sexuality, social expectations, and the restrictions of gender.

The Regeneration trilogy dismantles conventional masculinity. In The Silence of the Girls, Barker suggests that femininity doesn’t need to be dismantled. The greatest problems women face are not their own gendered expectations (though those can be crippling), but the ways in which masculinity demands women’s dehumanization.

Briseis was as fully a person as any woman could be in the ancient world, but conquest reduces her to the status of a thing. When Achilles first rapes her, Briseis recognizes how little his actions have to do with her as a person: “If his prize of honour had been the armour of a great lord he wouldn’t have rested till he’d tried it out: lifted the shield, picked up the sword, assessed its length and weight, slashed it a few times through the air. That’s what he did to me. He tried me out.” The humiliation is impersonal. She is not a person.

Barker mercifully dwells more on the daily lives of the women in camp than on the constant sexual violence. Women cook, gather fuel, clean, weave new fabric for clothing, nurse the sick and the wounded, and lay out the dead. Some fifty thousand people live in the Greek camp, at least half of them women, and all of those women are slaves.

Of the male characters, only Patroclus acknowledges Briseis’ humanity. He speaks to her kindly when she arrives in Achilles’ home and comforts her in her suffering. His attention isn’t seductive. Instead, he expresses sympathy. He, too, know what it means to lose his identity and to be treated as an extension of Achilles’ desires.

The Silence of the Girls is magnificent. It is a novel that lays open all the human experiences that the Iliad buries. Barker incorporates scenes set down millennia ago without disrupting her story’s intimate and familiar language. Briseis is a powerful witness. She is also the centre of her own story. The Silence of the Girls suggests, finally, that no serious understanding of history can focus only on men, because women and their children are those who survive. They suffer, but they remember, they share, and they build the future.