Shot in the Head: A Sister's Memoir, a Brother's Struggle 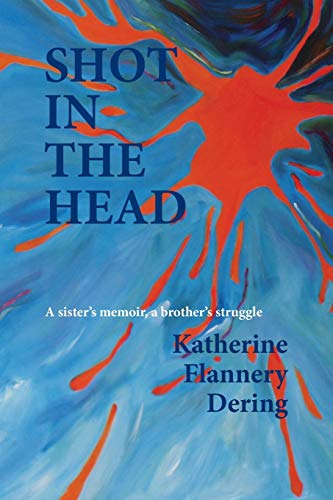 “Shot in the Head is an important addition to the collection of enlightening and educational works that encompass the heartache and reward of loving a family member with severe mental illness.”

“He became such a hermit, no one really missed him when he finally died in 1988.”

This is just one of the brutally honest and deceptively poignant annotations in Katherine Flannery Derling’s memoir Shot in the Head about her brother Paul who suffers from schizophrenia. This sentence, however, refers to her father, not to her brother.

The title refers to one of Paul’s many delusions: “I was shot in the head . . .” “Some mugger. I’ve been all screwed up ever since.”

As is the case with most individuals, Derling’s younger brother Paul was a bright, lovable child who at some point in his early teen years becomes increasingly and irreparably ill with schizophrenia. Derling, who was already out of the house and married by the time Paul became ill, was somewhat sheltered from those tumultuous years of early treatment and diagnoses. It was really only after her mother’s death and Paul’s diagnosis of lung cancer at the age of 48 that she and her nine siblings were forced to step up to the plate and care for their brother. And step up to the plate they did.

Derling does an adequate job presenting her childhood and the cast of characters who make up her large Catholic family. There were ten brothers and sisters after all; deep character development might have doubled the size of the book! What is impressive is the way she weaves throughout the memoir the huge amount of guilt, anger, apathy, and frustration that’s involved in dealing with a severely ill family member while never becoming preachy or maudlin.

Included within the text of Shot in the Head are family photos, emails, and pictures of cherished family objects which, while giving the text a bit of a scrapbook persona, add some insight and credibility.

What really moves the story along is not Paul’s illness or his death from cancer or the people in the pages, but the gradual relationship that forms between Dering and her brother. What is memorable is the slow emergence of Dering’s empathy and understanding of schizophrenia. Dering does a wonderful job crafting her discovery that underneath every individual with severe mental illness lies a person who is worthy of our love.

Not long before her brother died, Dering asked him what his favorite Stevie Wonder song was, to which Paul sang:

Although there is nothing that firmly sets this story ahead of the vast numbers of similar memoirs, Shot in the Head is an important addition to the collection of enlightening and educational works that encompass the heartache and reward of loving a family member with severe mental illness.