The Short Story of the Universe: A Pocket Guide to the History, Structure, Theories and Building Blocks of the Cosmos 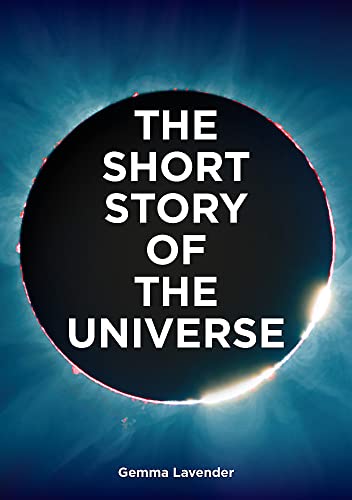 The night sky offers a beautiful pattern of stars to the naked eye. Going deeper into space through the photographic lenses of the Hubble and Webb telescopes reveals a richer tableau of interconnected black holes, dwarf planets, solar systems, and so much more. To contemplate the unlimited realms of the universe is to push the very limits of human imagination.

That said, most laypersons require a guidebook to understand what’s out there. Gemma Lavender’s The Short Story of the Universe: A Pocket Guide to the History, Structure, Theories & Building Blocks of the Cosmos does that job well. The book is not cluttered with technical jargon, which tends to frighten off the curious neophyte. Instead, scientific complexities are made easy for amateur astronomers. Lavender is a genial cicerone.

The book is broken down into four sections: Structure, the connections that hold the universe together; History and Future, a timeline from the Big Bang through today’s understanding of the cosmos; Components, an inventory of energy, matter, galaxies, stars, planets, and other workings of celestial fundamentals; and Theories, which integrates the first three chapters as a unified whole. “The word ‘theory’ isn’t just an idea,” Lavender explains, “it’s a conceptual framework that supports predictions based on observations and a body of evidence that supports that theory.”

Part of what makes the book so much fun is Lavender’s gift for turning mind-bending concepts into understandable terms. “Don’t think of the Big Bang as an explosion in the conventional sense, . . .” she writes. “Instead, the way to think about the birth of our Universe is that it happened everywhere: that microscopic point expanded to become today’s cosmos.”

Each entry within the four sections incorporates basic science text, supported by wonderful deep space photographs and/or artists’ conceptions of what’s out there. Lavender also includes quotes from leading theorists and scientists, as well as resources for readers to explore on their own. It’s not the sort of book to read from cover to cover, but to keep on the shelf and contemplate every so often. The Short Story of the Universe is ideal for amateur astrophysicists, as well as high school or college students taking astronomy classes.

The familiar names of Einstein, Newton, and Galileo fill these pages, plus a brief history of Edwin Hubble, whose pioneering studies contributed much to our understanding of the outer space. It’s fitting that the telescope named in Hubble’s honor provides us with astonishing images of galaxies billions of light years beyond our solar system.

Such trailblazing work is commonly thought as the domain of men. That’s a fallacy Lavender tears apart as she highlights the substantial roles of her peers. Though their efforts have often been overlooked, women have made extensive contributions to our understanding of what goes on in the cosmos.

Consider Williamina Fleming, as assistant to Harvard scientist Edward Pickering in his studies on diffuse matter—the gasses and dust clouds known as nebulae, which fill the vast intergalactic vacuums between heavenly bodies. Fleming headed up a team known as the Harvard Computers, an all-female crew that processed extensive astronomical data.

Fleming’s discoveries in the late 19th and early 20th centuries are remarkable for an era where women were thought not to have enough smarts to work in any scientific field, let along the intricacies of cosmological studies. Fleming proved them all wrong. Her findings built the foundation for our modern understanding of stars; she also discovered 59 different nebulae configurations.

Spoiler alert: Lavender details how our Sun will eventually burn out and explode, destroying Earth and the rest of our solar system. On the upside, we have a few billion years to prepare for this catastrophic astral finale.