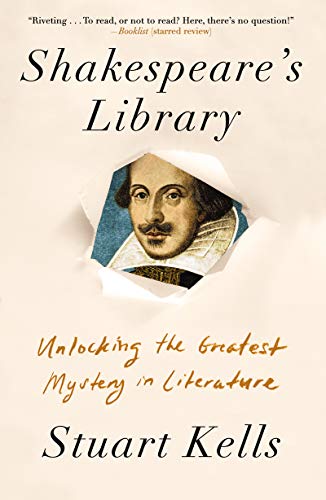 We know more about William Shakespeare than we know about the lives and work of most of his contemporaries; the documentary record, though sparse, is substantial. There are church records, town and marriage records, bills of sale and litigation, and a last “will” and testament.

But because of his towering genius, this Everest of authors proves difficult to scale. Much has been written about him—who he was or might have been or wasn’t—but mysteries remain. How is it possible, some ask, that an ill-lettered country boy could imagine and then render in exalted verse the behavior of kings, courtesans and lawyers? How is it possible, ask others, that an aristocrat could so convincingly portray the language of tinkers and tailors? Where and how was he schooled? How well and what could he read? If he ended his days, as the record suggests, as a wealthy retiree “swanning it” in Stratford-on-Avon, would he not have owned a library? And, importantly, under the assumption that he could and did read Plutarch, Holinshed, Florio, and others, what happened to the books?

Now Stuart Kells, an avid sleuth, discusses Shakespeare’s Library, and as his subtitle suggests; sets about “Unlocking the Greatest Mystery in Literature.” That hyperbolic phrase—Are we sure it’s “the greatest mystery?”—is characteristic, alas, of his governing mode of discourse, and little gets unlocked. (Who were Homer and Sappho, one might inquire? Who produced the Bible or the Gilgamesh epic or The Mahabharata or Beowulf?) Yet the sweet-tongued bard who died in Stratford in 1616 poses special problems; it’s notable that the most famous author in the world today was more or less anonymous in his own time.

What changed? This volume offers up a freewheeling ramble and scramble through several centuries of research into Shakespeare: bibliophilia, bibliomania, a history of devotees and frauds and scholars and pedants and cranks. There are chapters on “The Mystery,” “The Master Investigator,” “The League of Radical Gentlemen,” “The Conspiracy,” “The Country Bumpkin” and “The Inbetweener.” The book begins with “William the Conqueror” and ends with a self-referential description of “A Writer’s Library”; we are introduced to “Bibliotecha Michelliana”“Bibliotheca Jonsonia” and “All Perfect Things.”

Such chapter titles establish the inquiry’s tone. As we read in the Introduction, “Author manuscripts, letters, source books and, better still, diaries are pathways for cerebral, tactile and even olfactory connection.” This book is a long sniffing-out, a detailing of details and a delight in arcana; its research is prodigious though it might have been buttressed by footnotes, so that the reader could establish the truth(s) of its account.

This kind of assertion has its charms, and the last sentence is—one supposes—accurate. But Kells fails to list or locate (in his summary of sources) the note made by Reginald Churchill. And it strains credulity to state that there are more “authorship candidates” than the sum of plays—by most counts, 38—and poems—there are 154 sonnets and at least two longer works in verse. Though Shakespeare’s Library discusses such “claimants” as Francis Bacon, Christopher Marlowe, Edward de Vere and John Neville, their number doesn’t approach 200, as do Shakespeare’s poems and plays.

As Kells puts it early on, “Two regrettable traditions foul the trail we must follow: the long tradition of Shakespeare forgery, and an even longer tradition of bad Shakespearean scholarship.” Even granting this author the license of devotion to his subject, one wishes he would not compare—as he does in his opening pages—young Shakespeare to the actors Russell Crowe and Russell Brand.

The bulk of the book describes the various searches for texts that Shakespeare penned or read or owned, and fascinating portraits lie scattered throughout. There’s the story of an early forger, William-Henry Ireland, and how he was debunked by the scholar and editor Edmond Malone. There’s Thomas Frognall Dibdin, born in 1776, who amassed a sizable collection of books but was a failed bibliographer and died of arsenic poisoning. There’s John Fry in the early 19th century, who conducted the first thorough search for Shakespeare’s library, and John O’Donnell, the author’s friend, a musicologist who became a mainstay of the “Nevillians” at Monash University, where Kells took his doctorate. There’s the actor and pick-pocket George Barrington, whose career is compared, dubiously enough, to that of the great playwright: “Barrington and Shakespeare were very much alive above the ears and below the waist. They chased skirt, consorted with fallen women, and were occasionally triumphant in love.”

Those scholars who promote John Neville as “the true and onlie begetter . . .” are discussed and dissected at length. Shakespeare’s Library deals with contemporary scholarship, computer analysis of textual patterns, the present state of plays with reference to Folios and Quartos, visions and versions of the kind of collection that might have been assembled and who owns what today. At inquiry’s close, the author asks: “And what of Shakespeare’s books and manuscripts not sold upon his death?”

His answer is less than definitive but has more than “a Groats-worth of witte.” (Robert Greene deployed that phrase in the first known mention of Shakespeare as playwright, deploring his young rival.) Now Stuart Kells fills in the blanks: “They were burned by Jonson, dispersed by Bagley, pulped by the Puritans, lost by Malone, filleted by Wise, defaced by Collier, dismembered by Halliwell, washed by Spencer and, innocently, unsuspectingly, kissed by Dibdin. Through such trials and vicissitudes a few of the books survived. They are sitting quietly, in cabinets and on shelves, in public and private collections around the world.”

Perhaps this is so, perhaps not.