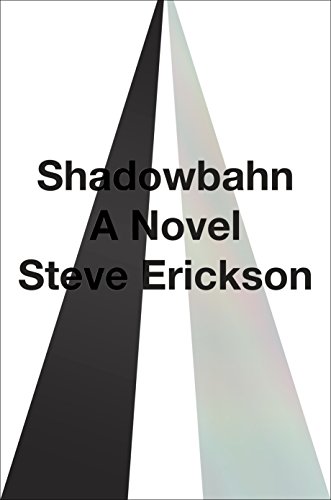 It doesn't follow a novel's standard form; it's a collection of snippets from different points of view, of notes on a growing playlist that plays out as the book unfolds, and of historical ramblings by someone who shouldn't exist.

There are no chapters, but each page is a new moment in a book about moments. It's a story of a mismatched brother and sister driving across country to get to their mother's house, but waylaid by the sudden appearance of the Twin Towers, empty and untouched, in the middle of the Dakota Badlands.

It's a story of the seemingly random effects the Towers have on the people who see them, what they take home with them, and what it means that they've appeared to begin with.

It's the story of a writer going insane trying to remember a song he can't find, and of someone from an alternate timeline changing everything after he steps into ours, altering all of American history from the moment when he was born instead of his supposed-to-be brother. It's not linear, but flows the way thought or dreaming does, looping back and forth through time in a sort of free-association that makes everything revelatory. It wouldn't work without an accessible emotional core, but it has that in spades, and that makes the book feel whole.

Shadowbahn doesn't make sense the way a story normally does, but it makes sense emotionally, musically, poetically. As time unravels and the story gets stranger, it tackles what makes America what it is, whether defining things destroys them, and what happens when things aren't the way they're supposed to be. It checks in with historical figures left living long after they should have died in history-defining ways. It's a road trip novel turned sideways, through what happens when a massive country falls apart into smaller, warring units.

It's a lot of strange ideas jumbled together with a mix of poetic language and harsh vulgarity, and sometimes the book is wonderfully evocative, while other times it's as dense and confusing as the characters find their new, strange world. Which is the point. Shadowbahn is an experience as much as a book—a guided dream, maybe, or a trip through various emotions more than through plot points.

And the threads that run through it—a brother and sister on the road with music; a displaced twin haunted by his other half; history going the wrong way because one thing was changed; the meaning of songs and the lines in them that echo backward and forward through time; what it even means to be America; what happens when the reality we know can't be trusted; what happens when something as big as the World Trade Center Attack changes how we view the world—hold together this stitched-up landscape.

It's a mashup of magical realism, history, pop culture, pop philosophy, time travel, and surrealism with an artful and gleeful disregard for structure and language standards. Which sounds very dry, but somehow Erikson makes it often cheerful, like an old radio host saying whatever comes to mind in the middle of the night, waxing poetic and running off on tangents, and enjoying the telling more than the tale. Even when the book descends into a sense of creeping doom, it does it with a bouncy pop sensibility, which both keeps it from getting too heavy even at it's existential creepiest, and makes it super-pertinent to today's national emotional tone.