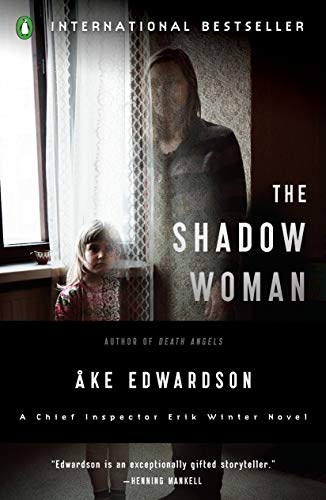 The Sweden of travelogues and ski vacation brochures is nowhere evident in the somber world of Chief Inspector Erik Winter, the protagonist of Åke Edwardson’s fifth crime novel to be published in English, The Shadow Woman.

A three-time winner of the Swedish Crime Writers Academy’s award for best crime novel, Mr. Edwardson’s popular series of police procedurals began appearing in his native country in the early 1990s and have since been translated into 20 languages, opening a gateway for later practitioners of Swedish noir culminating in the spectacular success of the late Stieg Larsson.

Set in Gothenburg, Sweden’s second largest city where Mr. Edwardson lives, the Inspector Winter novels probe the underside of Swedish society in prose as bleak and antiseptic as a fjord in January, cleansed of Mr. Larssen’s extravagant violence and kinky sex.

The Shadow Woman, intricately constructed and stuffed with the minutiae of crime investigations, takes as its backdrop the so-called Biker Wars in Sweden of the mid-1990s, when warring gangs exploded into public and often bloody feuds. We only know this, however, because Mr. Edwardson tells us about it in a six-line explanation preceding the story proper; and while he later inserts just such a biker battle into the first part of his three-part story, it is only tenuously connected to the main plot which, in time-honored tradition, begins with the discovery of a woman’s body.

Two-thirds of the ensuing pages are taken up with the efforts of Winter and his colleagues to discover the identity of the woman, efforts described carefully, slowly, and, at least for this reader, excruciatingly. Winter spends paragraphs asking himself questions while staring out windows; poring over the drawings of a missing child who may be the dead woman’s daughter; driving around Gothenburg and confronting the reader with place names like Vårvåderstorget and Långedragsvägen; and carrying on strangely circular, mesmeric interrogations with witnesses and suspects.

Here is Winter questioning an office manager about rent payment slips that figure in the plot:

“So her rent is paid,” he said. “Do you know anything more about that?”
“No, nothing other than that’s what I got from the computer at the district office.”
“So you could only see that the rent for that specific apartment was paid?”
“Yes. On the computer.”

As Winter plods through his investigation, Mr. Edwardson manages to work in discussions about illegal immigrants; relations between Swedes and Danes; the fine points of fingerprint analysis; and Winter’s troubled relationship with both his sometime lover, Angela, and his estranged family—none of which add much to Winter’s profile as the lonely, driven crime investigator.

The reader is rewarded for persistence, however, with Mr. Edwardson’s occasional flights into delicate prose, such as when he describes a particular daybreak with “The morning was pale and the sun slowly dragged the day up from behind the rooftops in the east.”

Mr. Edwardson’s deliberate style may be attributed to his years as a journalist and as a press officer for the United Nations; or perhaps Per Carlsson’s translation has bled the life out of the original Swedish (his other books in English have been translated by Laurie Thompson). But by the end of The Shadow Woman, we feel chilled and unrewarded, yearning for a warmer climate.