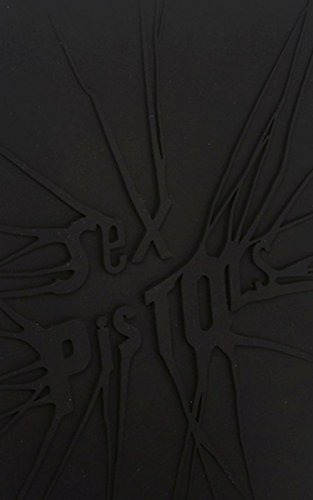 The very idea of a high-gloss, pricey photo book about the Sex Pistols seems ludicrous on the face of it. One can imagine Johnny Rotten setting fire to this tome or Sid Vicious throwing it out of a hotel window but, despite that, here it is and just in time for the Christmas gift-giving season as well! In some ’70s alternate universe, Johnny Rotten is puking.

The Sex Pistols’ original lineup lasted barely three years, producing only one album and four singles, but the band is often considered one of the most important groups because it ushered in the punk rock movement and influenced a flock of other acts like The Clash, Billy Idol, and the Buzzcocks.

This comprehensive book filled with letters, handbill, posters, photos, lyrics, and everything Sex Pistols is designed to coincide with the 40th anniversary of the group’s formation. The editors were intent on plunging the reader and fans into the visual spectacle of the band and it succeeds wildly on that account.

As Johan Kugelberg writes in his preface to the main event:

“In this monograph, we wanted to subject our readers to an immersion as pure as we could in book form. The appeal of nostalgic memoirs of legendary days of yore, when people who were there will, with great relish tell those who weren’t there that they have been there, was pretty limited to begin with, and at this point doesn’t seem to be of much use at all.”

The truth is that the Sex Pistols were as influential for their look as their music and ushered in not only the punk rock music movement but the punk fashion statement as well. Not so hard to fathom when one considers that Johnny Rotten was plucked out of a crowd and asked to audition as lead singer because he had short hair (when everyone else had long hair) and because he was sporting safety pins along with his Pink Floyd T-shirt that had the words “I hate . . .” above the band’s name.

If you are a Sex Pistols fan, one can imagine that you would have a very merry Christmas indeed finding this under the tree. For the rest of us, “never mind the bollocks. . . .”