Sex and the Citadel: Intimate Life in a Changing Arab World 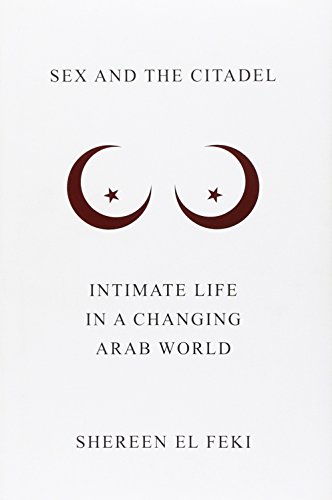 “The result is a timely, thought provoking, and highly readable study.”

In her introduction to Sex and the Citadel, the writer, broadcaster, and academic Shereen El Feki states “if you really want to know a people, start by looking inside their bedrooms.”

And this is essentially what the author sets about doing: attempting to understand the Arab world by inquiring into its shifting and steadfast approaches to sex.

The author is forever open, buoyant, and always willing to share the details of first person encounters. Assertive and undeterred when approaching even the most sensitive or taboo of subjects, Dr. El Feki demonstrates an effortless ability to tell a story, making for a highly readable examination of Arab life.

Born in England and raised in Canada by an Egyptian Muslim father and a mother who converted to Islam from Christianity, the author has a clear and profound understanding of the religious, historical, and cultural differences that distinguish the Arab territories from the West.

Dr. El Feki takes up a vantage point in preparation for what she senses is an oncoming sexual revolution that will follow in the wake of the political unrest that swept the Middle East in 2011. She is nevertheless astutely aware that the Arab world could take a path that is radically different to that of the Western sexual revolution.

The study is ambitiously broad in its scope. Dr. El Feki examines the shifting ideas with regard to sex in both the East and West, heterosexual stereotypes, how sexual attitudes reinforce and trouble marital relationships, comprehension and misunderstanding of sex among the Arab youth, and attitudes to pornography and prostitution.

The author succeeds in opening up a hidden world of which many Western readers may be completely unaware. Some revelations prove to be blatantly alarming, such as the enforcement of “female genital cutting” in Egypt, which entails the “removal of the skin covering the clitoris, usually along with the clitoris itself, and often taking the neighboring tiny flaps of flesh.” This procedure is most often carried out when girls are between nine and twelve years old.

Dr. El Feki examines the historical significance of the procedure, the manner in which clitoridectomy is regarded as a method of purification, and its perceived use as a means of controlling the female population and female sex drive.

The author reveals a pervading attitude that “if a clitoris is not tamed, then girls, like boys, will seek sex before marriage, and married women will make sexual demands of their husbands—both of which could be marriage killers, so the thinking goes.”

Dr. El Feki’s position on the practice is clear, yet she skillfully interlinks a series of perspectives, from that of Arab men, women, daya or midwives who perform the operation, and anti-FGM activists. The result is a thoroughly researched multifaceted study of a highly controversial issue. This level and depth of research is evident throughout.

Sex and the Citadel is a provocative study addressing a subject from which many authors would shy away. Dr El Feki tackles this topic with sensitivity and sophistication by tacking shifting sexual trends to political change in the Arab world and drawing upon vital first-person accounts.

The result is a timely, thought provoking, and highly readable study.