The Sentinel (Vengeance of Memory) 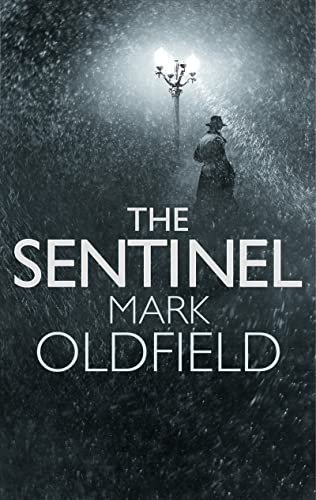 “A powerful, hypnotic debut novel filled with the horror of conflict, treachery, and intrigue . . .”

Madrid, winter 1953: the snow lies thick on the ground and Comandante Guzmán of the Brigada Especial is preparing a dawn raid.

His job is to hunt down opponents of Franco’s regime and destroy them by any means at his disposal. Feared by all in Franco’s Spain, Guzmán takes what he wants: food, drink, and women.

But all that is about to change.

Forward to Madrid, 2009: Ana Mariá Galindez is a forensic scientist investigating a mass grave from the Franco era. Now she is hunting for the hidden ledger of Guzmán, hoping it reveal all hidden secrets.

But there are those who would rather the secrets of Guzmán’s ledger stay buried, and anyone trying to obtain those secrets buried alongside the ledger.

The Sentential juxtaposes itself between modern Spain and its bloody past. The very first page grants the reader a taste of what the consequences of being an opponent of Franco’s fascist regime reaped:

“Subdued by the remorseless violence of their captors, the first group of prisoners trudged across the dusty sand, halting in front of the wooden barrera. The victors had torn open the shirts of many of the captured men and women to expose the right shoulder, seeking the telltale bruising left by the sustained firing of a rifle. Those who bore that mark were rapidly herded into the bullring.

“Some now stared defiantly at their captors while others wept, cigarettes held in shaking hands, their gaze fixed on a spot so distant it could not possibly be on this earth. They had suffered much, these beaten Republicans, but they had not yet suffered enough. The Moors guarding them slowly drew back, leaving the prisoners standing alone, casting long, stark shadows across the sand as they stared through the shimmering heat at their executioners.

“Outside the bullring, long lines of defeated Republicans waited to face the wrath of the victors. The battle was over. The killing had just begun.”

Despite the Civil War being over for more than a decade, Franco has sworn he would never forgive or forget his opponents. And like the proverbial elephant, he hasn’t. Tomorrow, 15 “enemies of the state” will be executed.

The soul of the story begins almost 60 years later with the unearthing of those 15 bodies in an abandoned mine. Forensic scientist Ana Mariá Galindez is called to investigate and is anything but happy about the assignment. She is sick and tired of looking at war bones and being given the scraps off the forensic investigation table instead of some real meat to sink her teeth into.

Male chauvinism is fairly widespread in the department, and some dinosaurs still harbor the attitude that a woman’s place is in the kitchen. As well, some believe she only obtained the position because of her highly respected father, Miguel, killed by Basque separatists.

Despite her initial lack of enthusiasm for the case, she soon finds herself being drawn into the mysterious circumstance surrounding the bodies, but more so about the main suspect involved in their deaths, the notorious Comandante Guzmán, a tyrant of torture and murder and head of Franco’s feared secret police, the Brigada Especial.

Why did the fiend mysteriously disappear in 1953? And what secrets did he carry with him to the grave? That is, if he’s actually dead. . . .

Tracking down what remnants remain of Guzmán, Ana Mariá soon finds herself being pursued by shadowy people who seemingly will stop at nothing to stop her investigation bringing the past into the present.

The Sentinel is the first in what is hoped to be a trilogy of books. Mark Oldfield masterfully renders the sights, sounds, and smells of Spain in war and peace, and has created a female protagonist refreshingly authentic and original.

A powerful, hypnotic debut novel filled with the horror of conflict, treachery, and intrigue, it’s a must-read for crime, thriller, and history aficionados.