Selling the Farm: Descants from a Recollected Past 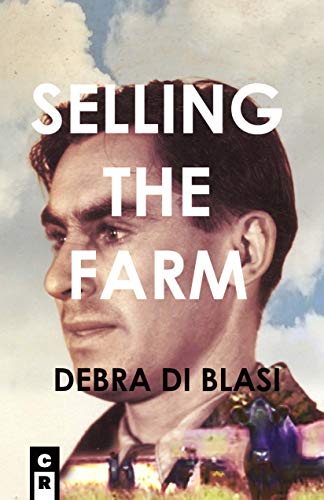 “Selling the Farm by Debra Di Blasi is a creative work for those who enjoy poetic prose in a familial memoir.”

Written as a tribute to the author’s late sister and father, Debra Di Blasi’s goal for the reader is to have a rustic oil painting of their farm on 880 acres in rural Missouri: “We shared our hollows with rats and mice, spiders and millipedes, bees slipping through windowpanes and flies shitting on lightbulbs.”

Still a child when their family moved to this ramshackle farm, Di Blasi pondered, why? “For my father would become possessed by procrastination and piecemeal, inherit the giddy demon of half-assed and ass-backward, makeshift and jury-rigged.”

Di Blasi’s brother taught her, by using all their senses, about animal tracks. He would read up on books about nature, hunting and tracking, and campfires. The reader feels DiBlasi’s devastation as Smokey, Di Blasi’s favorite pony, grew old and died.

When a cow died, her father “. . . poured gasoline into the tires and over the corpse and lit the pyre . . . The cow no longer a cow burned all day and night,” the five children often witness to life and death of their farm animals.

There were brutal winters: “. . . falling snowflakes transmogrified in their descent—from simple prisms to complex edifices so grotesque they became beautiful.”

With no indoor plumbing, they used a “pisspot” carried out each night to the outhouse in turns by the siblings, while dodging dangerous wildlife or imagined devils.

The author’s family was too poor to afford menstrual supplies. “Panties always stained and family poor enough to not waste funds on things hidden.”

Then there were the glorious days of the magnificent, fresh-mowed lawn. It simply “smelled extravagant.” But for wonders there were equal terrors such as mice in a piano, bobcats, copperheads, and rats inside shoes.

Toward the end of the book, Di Blasi makes her ode of lament clear as the farm is sold, as her father dies, and her elder sister suffers, until death, from pancreatic cancer.

Composed in a jargon that, at times, seems like an unedited manuscript, it is a quick, 140-page read written in short essays; a wistful tribute to a former life. Selling the Farm by Debra Di Blasi is a creative work for those who enjoy poetic prose in a familial memoir.