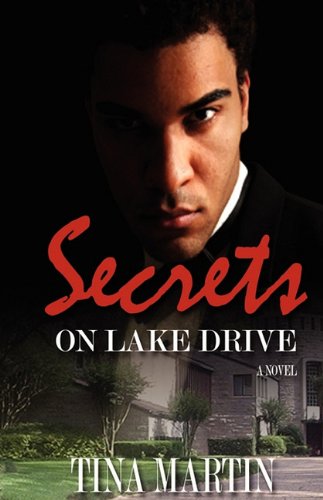 Sometimes a character is left in the dark throughout an entire novel. In Tina Martin’s Secrets on Lake Drive, Monica Smith is clueless. She may be a college graduate, but her intuition is sorely lacking. She is more aware of the brand-name fragrances people are wearing than their ulterior motives.

When pitted against a master manipulator, this kindergarten teacher doesn’t stand a chance.

Little does Monica know that she is on a collision course with one such smooth operator. Sean Beauvais is the disinterested father of Monica’s favorite student, Roman. Sean is known around town as a notorious ladies’ man. He owns a real estate firm and lives on Milwaukee’s exclusive Lake Drive. Using Roman’s well being as a bargaining chip, he virtually forces Monica into the role of live-in babysitter. But living in an opulent mansion is anything but paradise. The two bicker constantly. Sean insists on knowing where Monica is and what she is doing at all times. To say he is cramping her style is putting it lightly.

This controlling behavior sends Monica over the edge. Not having family as a support system, she vents to her lifelong friend, Keisha. The two go way back. Keisha was there for Monica when she had a baby while in high school. Monica’s son was given up for adoption, and Cornelius, the baby’s father, infuriated by the decision walked out of her life.

Like scenes out of the CW’s “The Game” or “Girlfriends,” Martin nails the authenticity of the dialogue between African American women talking about men. Keisha realizes that beneath the verbal sparring Monica is falling for Sean. “Mmm hmm. I knew something was going on up in that house.” Keisha started singing R. Kelly, wiggling her neck and snapping her fingers. “I don’t see nothing wrong with a little bump ’n’ grind.”

Due to Monica’s positive influence, Sean begins to pay more attention to his adopted son. Yet he also begins to make a series of odd requests. Roman is to call Monica, “Mommy.” She must tell Sean she loves him at least once a day since they are officially married (?) for the duration of her contract.

But Sean also starts to open up, sharing how his native Haiti influences his taste for everything from home decor to the music of Wyclef Jean. She learns that Sean is a triplet and gets to know his brothers over impromptu breakfasts. She is encouraged to mingle with his mother and sister at a backyard barbecue. Everyone begins to feel that she has become a permanent part of their lives.

The flaw in Secrets on Lake Drive is that Monica is so unbelievably blind she is unable to see what is right in front of her face. It is a classic case of Lois Lane not perceiving Superman in Clark Kent.

Yet be forewarned, the ending is worthy of the Lifetime movies Monica is so fond of.