The Secret Lives of Glaciers 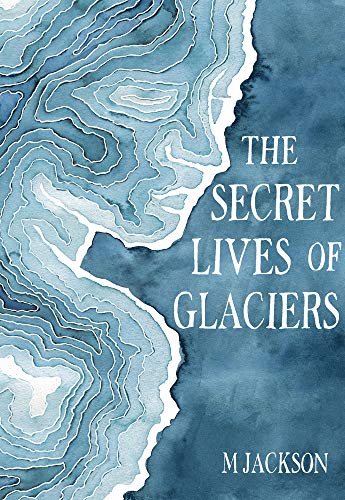 The Secret Lives of Glaciers melts a reader’s interest faster than climate change is melting Iceland’s glaciers. Author and geographer M. Jackson examines the increasingly common question of how people understand and respond to the way climate change is altering livelihoods, local environments, cultural assumptions, and national and individual identities. Jackson focuses on how Icelanders have lived alongside the glaciers that shaped their country, culture, and national identity, and how (or if) they understand those glaciers are now disappearing.

Jackson bases her book not on data or deep exploration, but on repetition. While there’s little scientific information on glaciers (an explanation of what a glacier is and how it’s formed is buried in the middle of a Chapter Two paragraph), Jackson tells the reader there are some 400,000 glaciers and ice caps across the globe three separate times in as many chapters.

When losing an argument on glacial recession at a scientific lecture, Jackson describes her antagonist as an “American man” three times in seven pages implying, perhaps, that no other description could explain his views.

She presents brief interviews with local people, snippets of casual conversations at stores and cafes, and long excerpts of scholarly works only to rephrase and repeat what’s been said. More than once, Jackson repeats quotes from authors within the same chapter, and not surprisingly, she repeats herself.

This repetition underestimates Icelander’s capacity to speak lyrically and knowledgeably about the glaciers that have determined where they can live, when they must leave the towns or farms their families have inhabited for decades (or longer), and other aspects of daily life. To Jackson’s credit, The Secret Lives of Glaciers brings these voices to new audiences.

Unfortunately, Jackson doesn’t tie these all-too-brief interviews to the Sagas, Iceland’s national literature, where glaciers are portrayed as living entities capable of determining a puny human’s life, happiness, or death. (Jackson looks at the Sagas in the endnotes, which are a rich source of information about Iceland’s history and culture.)

Another lost opportunity is that Jackson only recognizes in passing the perspective of local Icelanders who know the glaciers best, namely scientists and laypeople who have been monitoring glacial changes for decades.

Despite brief forays into notions of glacier power, animism, and other topics requiring genuine exploration, Jackson reaches the not surprising conclusion that different people interpret glacial loss differently. For some Icelanders, melting glaciers are a financial boon that lure tourists to see ice caves. For others, especially older Icelanders, melting glaciers are a respite from the long, sometimes deadly impact glaciers have had on their lives. For artists, glacier loss is a loss of beauty while for some Icelanders what’s slipping away is a beloved companion. The common thread weaving together these interpretations is the Icelandic notion that glaciers always advance or retreat, and survival comes from adapting to what the glaciers are doing.

Jackson’s conclusions cover common ground that’s been more thoroughly and sensitively trod by science and nature writers, environmental journalists, and psychologists exploring the contrary relationships people have with their places, and the way that cultural stories, personal experiences, value systems, and other factors shape how people understand facts and weave them into stories.

Jackson has opened the door to a little known and fascinating place. Her bibliography and endnotes provide a sturdy foundation for future study. Hopefully there will be more books from Iceland and beyond that will explore the interwoven stories of people, ice, and a changing climate.